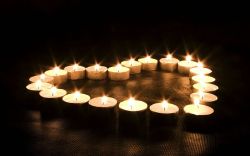 Fraser Valley – While we all gear up for the festive season, there are two dates that bring back tragic memories during the Christmas season.

And December 6, 1989. The École Polytechnique massacre, also known as the Montreal massacre.

From Wikipedia: Twenty-five-year-old Marc Lépine shot 28 people, killing 14 women, before committing suicide. His suicide note claimed political motives and blamed feminists for ruining his life. The note included a list of 19 Quebec women whom Lépine considered to be feminists and apparently wished to kill.

Yet violence directed at women has not abated.

In Chilliwack, please join the Ann Davis Transition Society and the University of the Fraser Valley on December 6th at 5:15 pm under the white tent at the 5 corners UFV Downtown Campus for the National Day of Mourning and Action on Violence Against Women ceremony. There will be complimentary hot chocolate and cookies as well as counsellors available after the ceremony. All are welcome.

CIS Becomes U Sports – No Major Changes At UFV