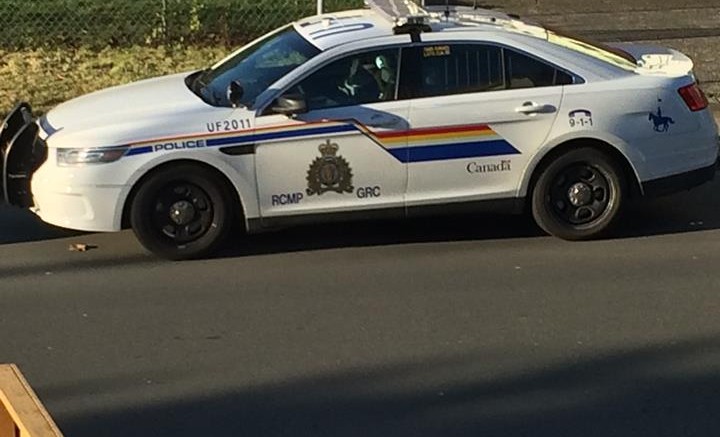 Chilliwack:  A local man remains in custody while facing several criminal charges after being arrested by RCMP for an alleged crime spree in Sardis last month.

The charges stem from the police investigation initiated on October 8, 2016 at approximately 7:30 p.m. when the RCMP received a report of a robbery from a business in the 7500-block of Vedder Road.  General Duty officers supported by the Lower Mainland Integrated Police Dog Service (PDS), quickly arrived at the address where police were told that a man carrying a hatchet allegedly left the store with merchandise without paying for the article.  Patrol officers immediately began searching the area for the suspect.

As officers searched for the suspect, a 911 call was made to police at approximately 8 p.m. by a merchant in the 5600-block of Teskey Way to report their business had been robbed.  General Investigation Support Team (GIST) and General Duty officers were immediately dispatched to the scene where victims said a man carrying a baton allegedly entered the store, threatened to shoot the employees, demanded money and the cash box, left the store with the stolen box and cash, and then drove away in an older model car.

Patrolling officers followed leads in their search to locate the suspect until, at approximately 10:15 p.m., he was located and taken into custody by police in the 4100 block of Columbia Valley Road.

Barry Thomas Grant, 35, faces Criminal Code charges of robbery, possession of a weapon dangerous to the public, willfully resisting a peace officer, operating a motor vehicle while disqualified, and breach of recognizance.  Grant remains in custody pending a court appearance in December.

RCMP reminds everyone who witnesses anything they believe to be suspicious in nature to contact the Chilliwack RCMP at 604-792-4611 or, should you wish to remain anonymous, call Crime Stoppers at 1-800-222-8477 (TIPS).

So A Mountie Receives A Scam Text….

Be the first to comment on "Chilliwack Theft Ring Busted"