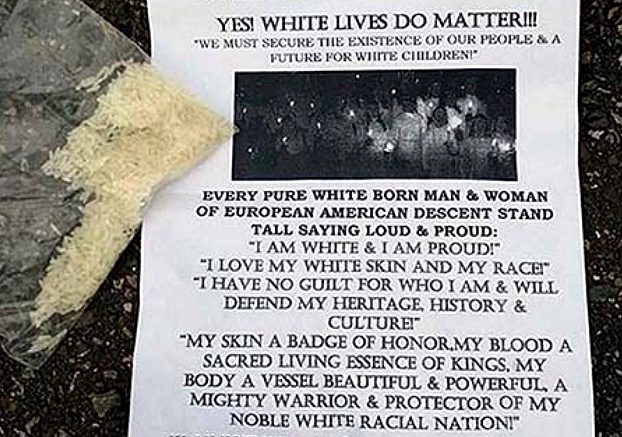 Fraser Valley – This has not been the first time, over the past year, that someone has distributed hate mongering flyers allegedly from the KKK, but once again it has come up on the radar of Police.

There have now been reports of these flyers dropped off over night on the doorsteps of unsuspecting people in Mission, Chilliwack and Abbotsford.

The flyers, supposedly from the “Loyal White Nights of the KKK”, are plagued with racist quotes, one of them reading, “Yes! White lives do matter! We must secure the existence of our people and a future for white children!” 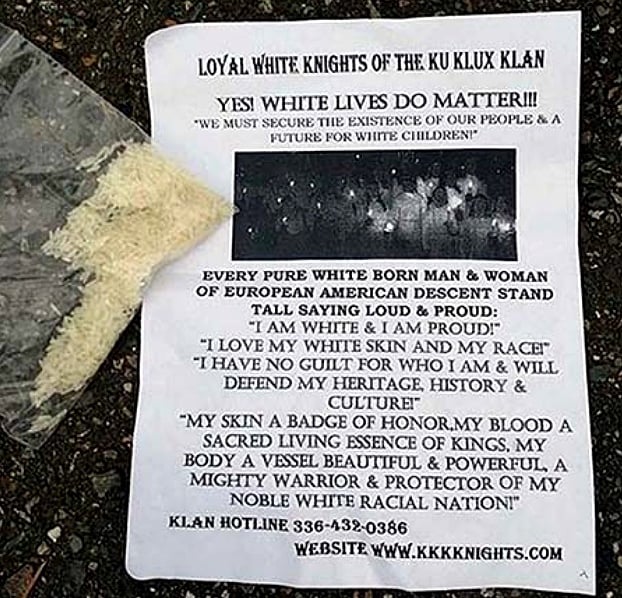 Around 32 of these hate flyers were found by Const. Ian MacDonald after the Abbotsford Police Department were phoned by a resident just after 1am on Monday.

MacDonald notes that spreading hate material like this is illegal.

Linguist To Speak On Revitalizing Language Of The Sto:lo – UFV Chilliwack, January 24

Be the first to comment on "Abbotsford Hate Mongering – KKK Flyers"