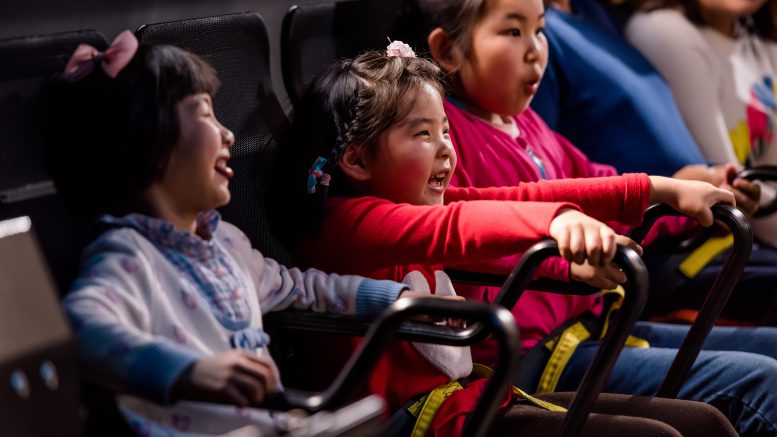 Fraser Valley/Port Coquitlam – Forget about superheroes and cartoon characters; China’s next theme park will be based on space. Port Coquitlam’s Dynamic Attractions has agreed to design, build rides for, and run Space Park in China.

The project still requires a land deal and funding; however, if it moves forward it will mean lots of work for dozens of Fraser Valley and Metro Vancouver businesses that supply Dynamic Attractions.

Up to 111 Fraser Valley businesses may be involved (suppliers to Dynamic Attractions) including  Clearbrook Iron Works, Fraser Valley Steel & Wire, and Lang Structural Engineering in Abbotsford, Mission Trucking and from Maple Ridge, Innovative Parts and Solutions and Pacific Bending & Machine.

“This project combines the use of our attractions, theming expertise, master planning capability, and operation of the theme park,” explains Nelson. “We’re putting in our three best rides and we’re putting in three more technologically advanced rides that will push our virtual reality and augmented reality offerings.”

Dynamic Attractions and its partner, Altair Space Technology, are committed to advancing the use of technology in Space Park to differentiate it from other theme parks in China.

“Space Park will highlight space technology and exploration,” stated Dr. William Zhou, the Chairman of Altair (Shanghai) Space Technology and Hyde Capital Group. “Altair has a relationship with the China Aerospace Science and Technology Corporation and the China Space Museum. This relationship ensures Space Park will supplement science education and stimulate further space innovation amongst Chinese youth by providing space-based attractions and unique displays such as Chinese spaceships and rockets on a rotational basis from the Chinese Space Museum in Beijing,”

Dynamic Attractions has a connection with space too. Its sister company, Dynamic Structures, has built half of the world’s largest telescopes and is designing the Thirty Meter Telescope. Nelson is also the Co-Chair of the Coalition for Canadian Astronomy.

Many of the most popular rides at the world’s largest theme parks have been engineered, fabricated and built by Dynamic Attractions and its sister company, Dynamic Structures. The media-based attractions company is comprised of 400 engineers, designers, fabricators and theme artists based in Port Coquitlam, Orlando, Toronto, Arlington (Texas), Dongguan, and Shanghai.

Province Invests Money In A Number Of Fraser Valley Schools