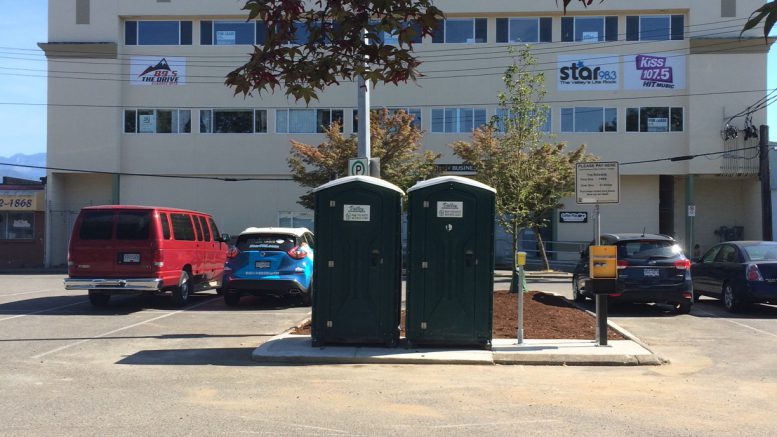 Chilliwack -At Tuesday’s (September 6) council meeting, council did receive information on the downtown porta-potties for the homeless. An updated report will come back to council on October 6th. 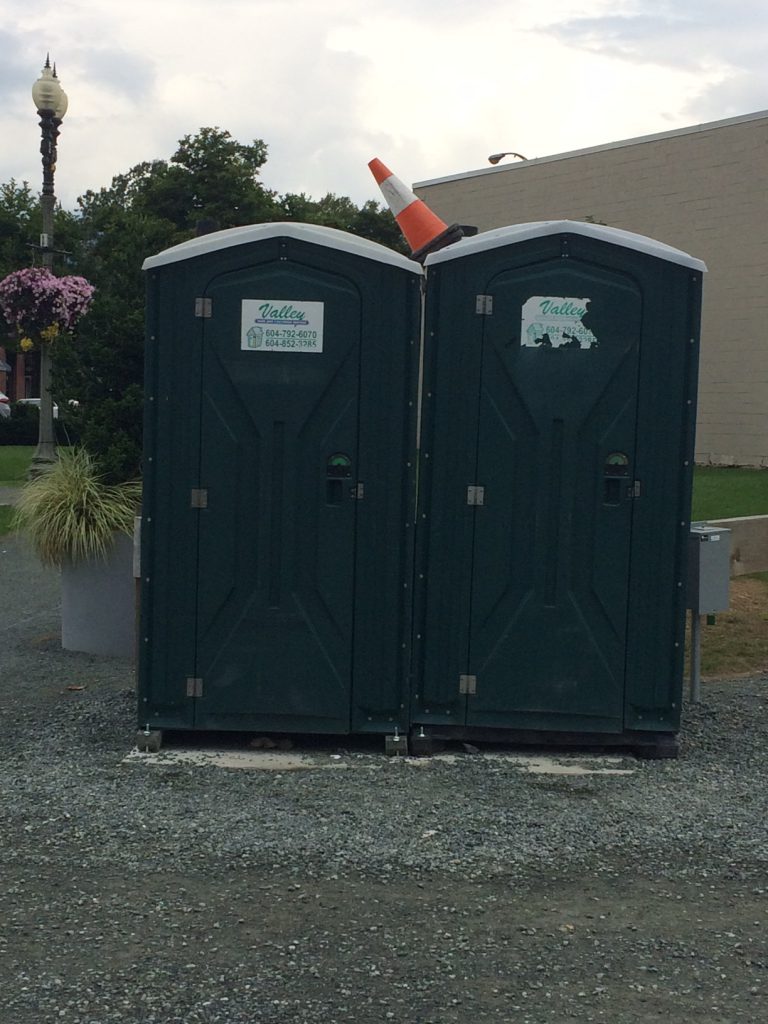 Also on the docket, Council will start to look at the placement of public art in the Evan’s Roundabout. There is $80 thousand in the 2017 budget for displays of public art- and in particular at roundabouts including Evans. RFP for requests for Proposals from the community will be sought.

Trevor McDonald and McDonald Entertainment was given $8 thousand for the 2017 Canada Day concert (extra monies must be returned to the City. 2017 marks the 150th birthday of confederation. An addition $14 thousand will be spent on the fireworks display.

Sadly, there was no update from the Province on the erosion of the top end of Old Orchard Road into the Fraser River. That area is crown land and the City is hoping for provincial funds to shore up the riverside.

ORIGINAL STORY – MONDAY SEPTEMBER 5 – At the September 6 (3PM) Chilliwack City Council Meeting – council will review the effectiveness of the three sets of portable Washrooms, set up to service the homeless who have found shelter in public parks in the downtown core.

Glen MacPherson of the City stated in the notes online on the City’s website: Portable washroom units have recently been installed at 3 locations in the downtown core – Victoria Avenue Parking Lot, Princess Ave Parking Lot and Salish Park / library parking lot. The washrooms have been installed in response to public requests for washrooms in the downtown area. The intent is to monitor the washrooms for a trial period of two to three months in order to understand public use / need for these facilities. Should the facilities prove to be well utilized and more importantly, used responsibly, then Council may wish to consider a more permanent solution for the future provision of a public washroom facility in the downtown core.

The portable washroom units downtown are currently being rented for the trial period at a cost of $200 per unit per month. The rental cost includes full cleaning and servicing / emptying which is currently being done twice per week. The units are also visited several times per day for “well being” checks by the City’s security contractor, Griffin Security.
On a related issue the City has in recent years been dealing increasingly with the irresponsible disposal of used hypodermic needles in public places, particularly in the parks in and around the downtown core. In order to encourage the safe disposal of needles each washroom location has been provided with a secure sharps disposal container which is emptied on a daily basis. It is hoped that these sharps disposal boxes will help to reduce the number of needles being left in and around the City’s parks. Again this is intended to be a trial and the success of this initiative will depend on how many needles are found in the sharps boxes on a daily basis. City bylaw staff and Griffin Security are talking to known needle users and are encouraging them to dispose of used needles in the containers provided.
As of the date of this report the washrooms have been in place for 12 days. Comments from staff and security services indicate that the units have remained in good condition and are being used responsibly by the public. It is difficult to determine exact usage numbers and data relied on is from City crews traveling / working around the downtown area that have been asked to comment on any use that they see as they drive around. Comments from security staff regarding the sharps disposal containers are that very few needles are being deposited at this time.
An updated report will be before Council in October.
SHARE TWEET PIN SHARE

Be the first to comment on "Chilliwack Council Agenda – To Review Downtown Porta-Potties For Homeless, Canada Day Fireworks"