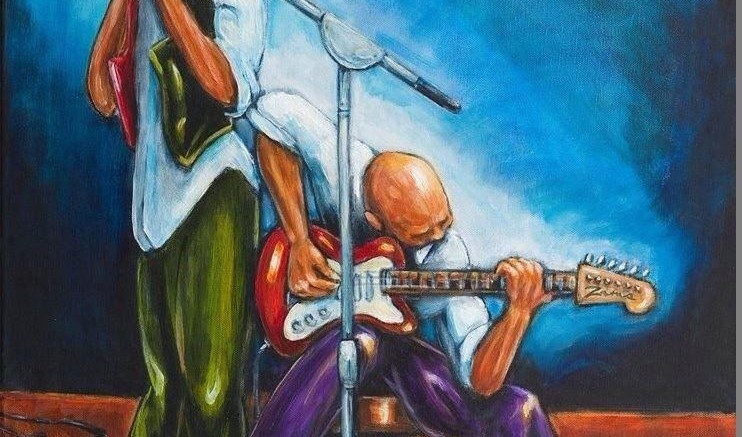 Abbotsford – The first year of the Fraser Valley Music Awards has attracted twenty-five Fraser Valley and Canadian organizations who have contributed a combined financial and in-kind value of over $95,000.

As the first edition of this exciting community event approaches (July 16 at Abbotsford Arts Centre), Nominees were recently asked about the musical journeys that have brought them to this point in their careers, and this is what they had to say.

Youth Nominee Ria Jade is a survivor of anorexia and school bullying and since those battles, she has gone on to collect many accolades, including Kelty Champion of Wellness Award for Community Involvement, Hammer’s Heroes Award, Best Music and Sound Award at Vancouver’s 2016 Reel 2 Real Film Festival, Miss World Canada Goodwill Award, Musician of the Year by Permanent Rain Press Radio, in addition to her FVMA Youth Nomination.

Laura Koch of Pop Nominee The Kwerks tells of her life as a birth doula for seven years, before taking the risk and following her music dreams.

“That shiver that runs through you, or that welling of tears – a connection between artist and audience where the singer is expressing something that touches you to the core,” explains Koch. “That feeling, that indescribable feeling, is what I want to give. That’s why I’m doing this. To offer that sensation to my audience. To make them laugh, cry, shiver, or glaze over, but all the while they’re connecting with something deeper and more real than the guarded lives we live. It’s a good thing. It’s a rich, full, and voluminous thing. It’s brutally hard, horrendously vulnerable, and beautifully life-giving.”

Blues Nominee James Buddy Rogers had his guitar stolen after a show in Chilliwack on Remembrance Day 2011. Six months later, after a showdown worthy of a cops and robbers movie, the guitar was recovered. Rogers will be playing this guitar at the FVMAs July 16th.

“These guys were criminals and I literally feared for my safety in recovering my livelihood,” Rogers explains. “The cop let me out of the car and I sat there on the road. Of course I was sitting on my amp with my feet resting on my guitar case. I won. Take that, bad guys. Would I do it again? YES! I have no regrets!”

CIVL Radio Station Manager Aaron Levy has been named as a host for the event, and there is a call-out for a co-host through video auditions.

“I always have loads of fun hosting live events! It’s one of the easiest ways to practice public speaking, and people always marvel at a person’s confidence to put themselves out there just for showing up to fulfill that role,” Levy explains. “We want to help people get themselves out and not only support their community, but practice being a vocal part of it!”

FVMA producers are asking emerging young entertainers and aspiring MCs to submit a 30-second video of their “personality” to fvma@civl.ca or post on the CIVL Radio Facebook page, explaining why they should be the co-host for the first-ever FVMAs. At some point in the video, auditioners should express that they are “Crazy for the Frazies.” An honorarium will be paid to the selected co-host. The deadline to submit is Monday July 11th at 5:00pm.

Live performances at the July 16 event will include:

The nine one-song performances will alternate with a dozen award presentations.

Tickets for the 2016 Fraser Valley Music Awards are available online at civl.ca