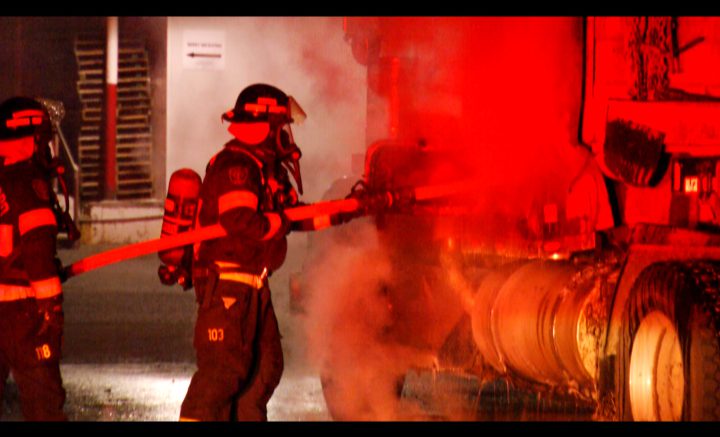 Abbotsford (KAM Productions/Kevin MacDonald) – Thursday night April 28th around 1 AM fire crews was called to a vehicle fire in the 500 block of Townline Road. 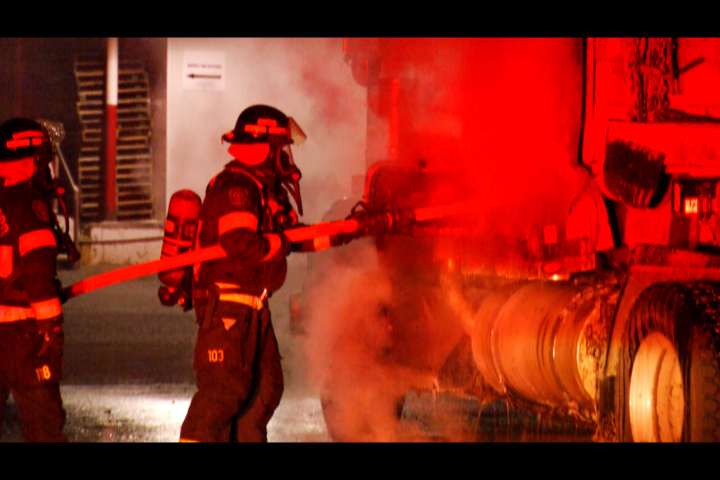 When crews arrived they found a jeep on a flatbed trailer on fire. crews quickly put the fire out but the jeep was destroyed.

Just after midnight (April 29) fire crews were once again called to the same property for a reported semi on fire.

When crews arrived they found the semi that was attached to the flatbed trailer fully involved crews quickly put the fire out before it could spread.

The jeep that was destroyed the previous night was still on the flatbed trailer and attached to the semi.

Police and Fire continue their investigation.

Be the first to comment on "Two Abbotsford Fires Under Investigation"