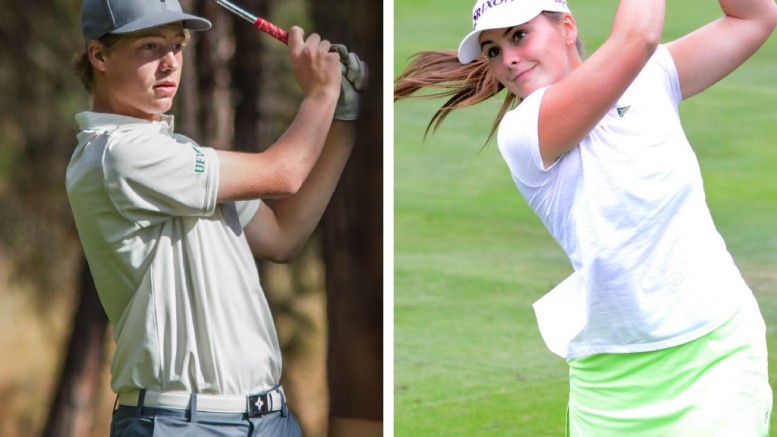 Abbotsford, BC  – With the first of four PacWest tournaments in the books, the University of the Fraser Valley golf teams find themselves with some ground to make up in their quest to defend their conference titles.

The Cascades men’s golf squad, PacWest champions each of the past three years, finished third at the season-opening event hosted by the UBC Okanagan Heat on Saturday and Sunday at Kelowna’s Okanagan Golf Club. They combined for a two-day total of 597, trailing the Camosun Chargers (580) and the host UBCO Heat (592).

The UFV women – two-time defending PacWest champs – were second on the weekend with a total score of 345. UBCO won the event at 329.

“It wasn’t quite what we were looking for on the first weekend of the year, but there were definitely some positives and some things to build on,” Cascades head coach Chris Bertram said. “We’ve got a bit of ground to make up, and there’s a lot of golf left to play. I know we have the talent to make it up – it’s just a matter of executing.”

UFV’s Hannah Dirksen (87-85=172) was tied for third in the women’s individual competition. Jennifer Kell (173) was one stroke back in fifth place, while Ciara Melhus (200) was eighth.

This weekend, the Cascades are at Surrey’s Northview Golf and Country Club for the second PacWest conference tourney, hosted by the Kwantlen Eagles.

“This weekend at Northview will be a good test,” Bertram said. “We know that course pretty well, so it almost feels like a home game for us. We’re looking to make some good strides.”

The Cascades are looking forward to hosting the final PacWest tourney (Oct. 3-4), and the PING CCAA Golf National Championships (Oct. 13-16). Both events will be held at Chilliwack Golf Club.

Be the first to comment on "UFV Golf – Weekend Wrap"