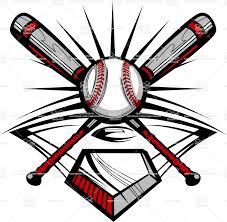 Fairfield Island – FVC Baseball had its very first games ever on Saturday Sep 12 at Fairfield Island Ballpark, beginning its playing history with a doubleheader sweep of the Vancouver Island Baseball Institute (VIBI) Mariners. The Mariners were the runner’s up in May for the 2015 Canadian Colleges Baseball Conference (CCBC) Championship, so FVC’s opening day was a huge success for the team.

“I’m ecstatic with our team right now” said head coach Shawn Corness immediately after the games ended. Corness, who was getting ready to flyout to Toronto to scout at Tournament 12, was happy to hang around the dugout and talk about some of the performances that really caught his eye. He was clearly pleased with all aspects of the team’s play. When asked about his hitters, and the standout performance of right fielder Tim Riley he immediately came back saying “what about Bogart and McKee? (#14 Cohen) Bogart gets on with a single in the fifth, (#16 Riley) Jepson moved him over and (#17 Trevor) McKee follows that with the first RBI in team history!” Corness then commented about #32 Tim Riley saying that he hit everything hard. Riley went 3 for 5 in the opening game with two doubles and a single, driving in two. Corness also noted that power hitting Brennan Hegel was just missing, pointing out a long fly ball to dead center field that was run down in a fine play by Mariner center fielder Andrew Evernden, #12 and saying that Hegel just got under it. “If he catches that flush, that ball’s way outta here!”

Historic opening day pitcher Evan Petersen was given the first 10 outs of the game by Corness and finished his 3.1 scoreless innings with no runs allowed on one hit, one walk and three strike outs. #22 Brandon Jeon took over from Petersen and went four innings, eventually collecting the win. #11 Evan Smith held the lead for one and a third innings before giving way to #15 Brennan Hegel who came in for the historic last out, striking out Mariner left-fielder, #14 Adrien Gutierrez to collect the save.

The late game was shortened to four innings because VIBI was rushing to catch a ferry, but the momentum was clearly swinging in the home team’s favour as the fourth inning came to an end. #4 Dylan Emmons pitched three innings plus a batter, giving way to #18 Dan Rogers who eventually collected the win when #10 Liam Godfrey, the shortstop, drove in Rogers with a line drive double to the left-centre field gap. #11 Evan Smith then singled home Godfrey to wrap up the scoring on the day.