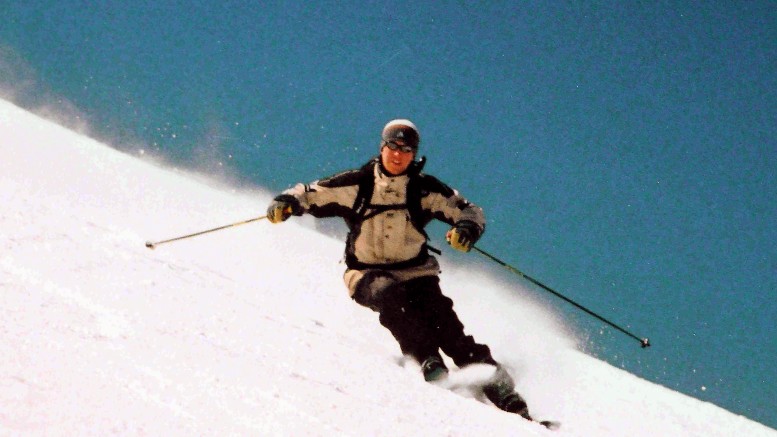 Vancouer/Frsaer Valley (With Files from Vancouver Province) Early-bird season passes go on sale this week for many B.C. ski resorts but weather experts are wagering it’ll be another sparse year for snowfall.

A boy makes his way to a ski lift at Cypress Mountain in West Vancouver in February in search of elusive snow. Forecasters warn that local ski hills could suffer from a lack of snow again this winter. Photograph by: JONATHAN HAYWARD , THE CANADIAN PRESS “Any storms that do come in are going to be bringing in a lot more rain, especially to these areas, so you’re not going to really be getting that great of a base and it’s going to be another problematic ski season.”

Wenckstern said that over the next few weeks, B.C. will remain cooler than normal but will warm up by early November, when the jet stream over Western Canada brings warmer than average temperatures to the province.

Matt MacDonald, a meteorologist with Environment Canada, said with average temperatures expected to be up a degree or two, freezing levels could be 300 to 400 metres higher than normal.

There’s a “good chance” ski conditions will resemble last year’s, he said, when precipitation fell as rain rather than snow.

“With a strong El Niño, that’s typically what it means for us here on the west coast of Canada,” MacDonald said.

This season’s El Niño is approaching the strength of the 1997-1998 El Niño, which was the strongest on record going back 65 years, he said.

It preceded record-breaking snowfall in the 1998-1999 season, however, when there was a La Niña event.

But for skiers and riders making plans for the best runs this year, “the key is to get high,” MacDonald said.

“You want to target resorts that have the highest elevation, so places like Whistler, Revelstoke and Kicking Horse, especially.”

Many resorts hit by last year’s low snowfall are reducing season pass rates and offering incentives, and some are pre-emptively bolstering their snow-making systems.

Mark Maddryga With Global has already gone on record stating “expect antoerh winter of little or perhaps no snow!”.

Whistler Blackcomb announced a snow-making pilot project this summer aimed at preserving the Horstman Glacier on Blackcomb Mountain and expects four snow-making guns to start operating there next month.

Cypress Mountain is investing in new snow-making equipment to provide guests with an additional 500 feet of vertical on Collins Pitch, along with five new snow guns, said Joffrey Koeman, director of sales and marketing.

Both Cypress Mountain and Mount Seymour have said they’re encouraged by similarities between this season’s El Niño and the 1997-1998 one, during which both mountains achieved 90 per cent of their average annual snowfall.

“It doesn’t always mean disaster when an El Niño comes through,” Koeman said. “It can be not the same, but nothing like last year.”

Manning Resort wasn’t that much better.

Preparing For Snow/Blowing Snow, In The Fraser Valley

We Could See El Nino This Winter