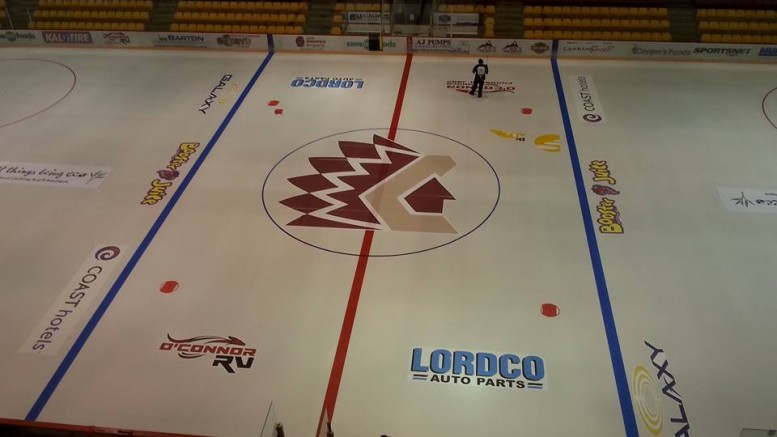 Abbotsford native Jordan Kawaguchi will lead Chilliwack into the 2015-16 BCHL season, wearing the captain’s C for the Chiefs.

The third year Chief leads quietly, but Tatarnic said he’s got the respect of his teammates.

“The guys who don’t have to raise their voice are some of your best leaders,” Tatarnic said. “He says what he needs to say, he’s mature for his age and guys respect and look up to him.”

Kawaguchi wore an A last season and Tatarnic saw him evolving throughout the year.

“I thought he was already a mature kid and as the season went on I could see him maturing even more,” Tatarnic said. “I thought he did a great job helping our younger players make adjustments.”

Morrison’s an interesting case. Acquired from Salmon Arm a third of the way through last season when the injury riddled Chiefs were desperate for D-men, the Ontario native looked like a depth pickup.

But he played a bigger role as the season wore on, becoming one of the team’s most dependable defenders.

Behind closed doors, Tatarnic said the 19 year old was a fiery leader.

“He’s a warrior who battles and you know he’ll give everything he has every time he steps on the ice,” Tatarnic said. “He’s that rah-rah guy who’s well-liked in the room and isn’t afraid to stick up for his teammates.”

The Connecticut kid logged just 29 regular season games, but Tatarnic saw enough to give him an A.

“The thing that was impressive with Mark is he was always positive about it,” Tatarnic said. “He came in, did the work and put the team ahead of himself. Right there, that’s a light that goes on for the coaching staff.”

“Another part of it is he’s from Connecticut and knows all the kids we added from that area,” the coach continued. “They know him and look up to him and he provides that connection.”

Tatarnic always throws a young kid into the captaincy mix, and this year it’s Chilliwack’s own Bowen.

He’s all-in with the Chiefs this season.

“Every year I’ll have a young player as an assistant, because I think it’s important that young guys like (Darren) Rizzolo, (Jesse) Lansdell and (Kohen) Olischefski have a guy they can look up to and lean on,” Tatarnic said. “They can’t get lost because they’re your foundation. They need someone they can talk to and relate to.”

The common thread with the four choices is they were all here last year.

“I thought it was important to have guys who understand how far we went last year,” Tatarnic said. “We were happy with what we achieved but I think there was some bitterness too, and the guys who experienced that bitterness, if we get that far again they’ll know what it takes to get to the next level.”

The Chiefs are in exhibition action this weekend, visiting Surrey tonight and hosting the Eagles tomorrow (Saturday) at Prospera Centre. Puck drop is 7 p.m.