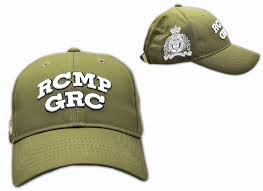 Abbotsford/Mission (Abby News) – A suspect is in custody after a robbery at a Mission bank involving a bomb threat and an extended standoff with police.

At approximately 1 p.m. on Friday, August 21,  a male suspect entered the Scotiabank located in downtown Mission.

The suspect demanded money and claimed he had an explosive device.  The man fled from the bank with a small amount of cash, leaving behind a bag he had been carrying.

The area was evacuated and the RCMP Explosive Disposal Unit was called in. After several hours, it was determined that the bag did not contain a bomb.

At approximately 9:30 p.m. the same day, Mission RCMP members on patrol observed a male who matched the description of the suspect from the bank robbery.

When police attempted to speak with him, the suspect ran and forced his way into a residence on Fleming Avenue, near Seventh Avenue.

The suspect held a lone female occupant in the residence and refused to surrender himself. The Lower Mainland Integrated Emergency Response Team was called to assist.

At approximately 4 a.m. this morning (August 22) the suspect released the woman.

Approximately two hours later the suspect surrendered himself to police and was taken into custody.

The 34-year-old suspect had an outstanding Canada wide warrant for breach of parole at the time of his arrest and has an extensive criminal record.

The investigation is ongoing and the suspect will be facing numerous charges related to the bank robbery and standoff incidents. The suspect is also believed to be responsible for a robbery in Abbotsford a week earlier.  The suspect’s name is not being released at this time as charges have not yet been laid.

Be the first to comment on "Mission Bomb Threat, Robbery, Hostage Standoff"