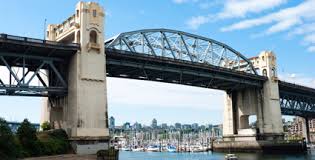 Optics. The bottom line is the political backlash has cancelled the International Day of Yoga on the Burrard Bridge In Vancouver.

Plans for the event on June 21 unravelled on Friday, when two sponsors – Lululemon Athletica and the YYoga studio company – jointly said they were pulling out due to the public reaction.

Soon after, Ms. Clark’s communications director confirmed the event – intended to be a mass yoga session – would not proceed.

In a statement, Ms. Clark acknowledged that the controversy around the event had obscured its goals.

“Unfortunately, the focus for the proposed Burrard Street Bridge event has drifted towards politics – getting in the way of the spirit of community and inner reflection,” Ms. Clark said in a statement.

“Though we are forced to cancel the Burrard Street Bridge event, I hope British Columbians will still feel encouraged to participate in their events elsewhere.”

Earlier on Friday, Ms. Clark said she would not attend the bridge event.

“Yoga Day is a great opportunity to celebrate peace and harmony – it’s not about politics. I don’t intend to participate,” the Premier said in a tweet.

Ms. Clark announced the plan last Friday, framing it as part of an effort to bolster ties with India.

The plan was controversial from the start, with critics noting it clashed with National Aboriginal Day, would be disruptive to the city and seemed a high-handed move by the provincial government.

Lululemon and YYoga both announced on Friday morning that they would not be involved.

In an e-mail, Terry McBride, CEO of YYoga, said the two companies had “jointly decided to withdraw.”

Mr. McBride said the idea for the gathering was “purely formed,” but that the intention was not clear to the public.

“We have had the opportunity to connect with our very passionate community over the last several days and have done a lot of listening. We have heard that the event that was presented was not what they wanted.”

In a Tweet, Lululemon announced its exit: “After considering all the feedback, we’ve decided not to participate.”