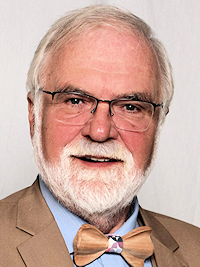 He finds issue with the Board and information via In Camera meetings and the issue of vaccine mandates for staff.

I have legal advice that a Board of Education decision about vaccine mandates should never have been made incamera—- out of public scrutiny. It is a matter of public interest, not about negotiating contracts, real estate offers or any legal problems of the board. These are the only topics that can legitimately be decided behind closed doors. The current Chilliwack Board of Education has set a record for making decisions behind closed doors, and the public would be appalled at the name calling, bullying and harassment that happens in these “star chambers.”

When the two conflicted board members (married to schoolteachers) found out about the decision, they strongly disagreed, thinking that there was no possibility of any adverse reactions to the vaccines.

Since the Nov 3 motion directed that the announcement was to be made public, three of the Five trustees qualified to vote on this decision released the motion to the public.

On Nov 8, Chair Willow Reichelt, who is disqualified from participating in any decision about vaccine mandates called a meeting of ALL SEVEN of the trustees, including two who were clearly in conflict. They passed a different motion and issued a news release with a new rationale. It was almost identical to the rationale given by other school districts around the province.

This is a tipping point for locally elected boards of Education. Just as the SOGI 1-2-3 learning resource was implemented at the direction of unaccountable bureaucrats in Victoria with no scrutiny or input from trustees, The Ministry now simply tells the districts what to say and do, so they obey the bidding of the provincial busybody bureaucrats. From this point on, locally elected Boards of Education have become irrelevant and redundant. They can no longer represent the unique interests, concerns and values of their communities.