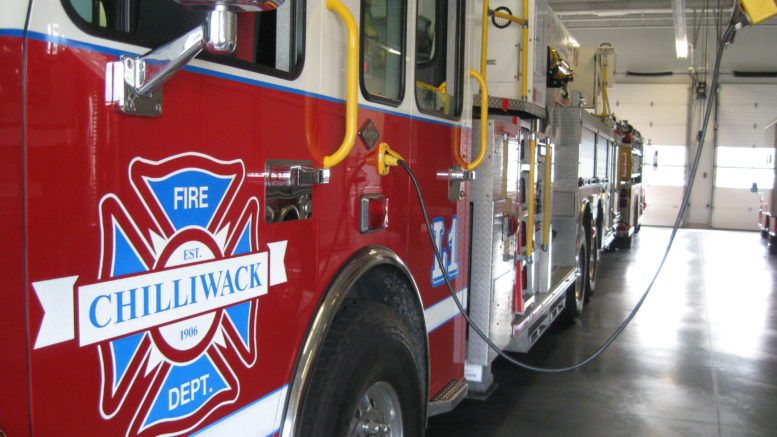 Chilliwack – Shortly after 7 AM Saturday September 11, 35 firefighters from Chilliwack firehalls 1,2, 4, 5 and 6 responded to a structure fire located in the 8700 block of Butchart Street.

Fire crews arrived on scene to a fire venting from a basement window.

Crews knocked the fire down, entered the single-family residential house and found a male deceased in the basement bedroom.

The majority of the fire damage was contained to the bedroom with smoke and water damage to the remainder of the house.

The cause of the fire is considered accidental.

Chilliwack Fire Respond To Blaze at Vacant Home on Robson