Youth-led Study Focuses on Vaping During the Pandemic 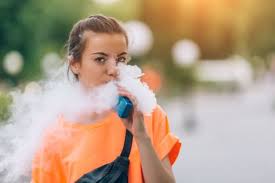 Vancouver – The McCreary Centre Society released Youth vaping during COVID-19: BC youth’s experiences during the pandemic. The report is based on data collected by youth researchers aged 13–18 from diverse communities across BC. The youth collected over 3,500 surveys from their peers in June, September and December 2020.

McCreary’s Executive Director, Annie Smith, explains “We wanted to understand how the pandemic is affecting youth vaping in the province, so we hired and trained an incredible team of young people to help us develop surveys, as well as collect and interpret the data.”

The results also showed that around 1 in 5 youth (19%) reported that returning to school in September affected their vaping, most commonly because they were experiencing increased stress, or because they were again socializing with peers who vaped. Survey respondents offered a number of suggestions for how schools could teach young people about the effects of vaping and support those who want to stop or reduce their vaping.

A copy of the report Youth vaping during COVID-19: BC youth’s experiences during the pandemic is available at www.mcs.bc.ca.

Some key findings from the report:In June, September and December 2020 around a quarter to a third of youth aged 12–19 had vaped. Youth were more likely to have stopped vaping or to have vaped less since the pandemic started than they were to have vaped more or to have started vaping. However, by December, there was an increase in the percentage of youth who started vaping or vaped more recently, and a decrease in the percentage who reported vaping less. Among youth who had never vaped, more than 8 in 10 reported not vaping because they thought it would be bad for their health and/or they were not interested in vaping. Among youth who vaped daily, 75% had their first vape within 30 minutes of waking up, including 34% who had their first vape within five minutes of waking up.