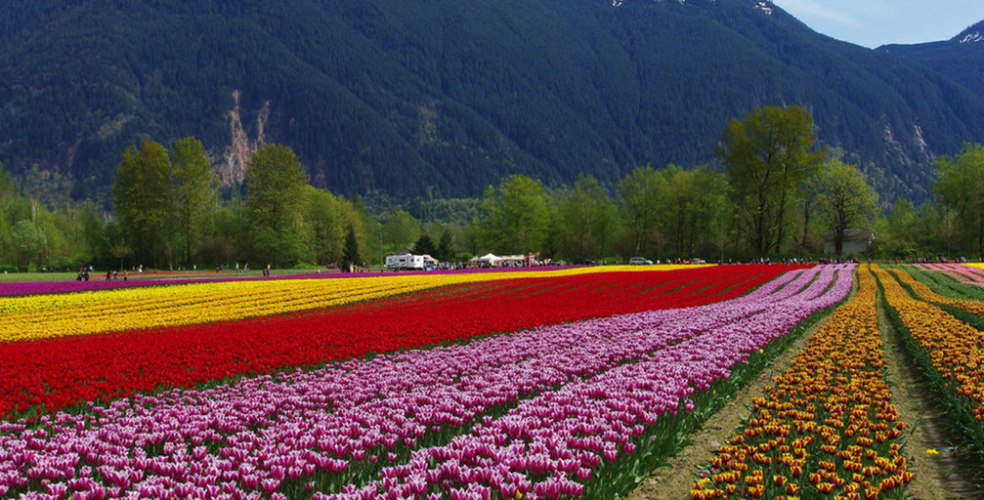 Armstrong – After four years of hosting one of the Fraser Valley’s largest and most colourful outdoor events, the organizers of Bloom, The Abbotsford Tulip Festival are saying thank you and farewell to the community where it all started with plans to eventually rebloom in Northern Okanagan (Armstrong).

“ It’s a bittersweet feeling to say goodbye to the incredible community that sup-ported our vision for the last few years but we’re hopeful for the future of the event in our new community in Northern Okanagan,” said Alexis Szarek, Founder of Bloom, The Abbotsford Tulip Festival. “We want to thank all of our dedicated staff and volunteers who greatly contributed to our success in Abbotsford, as well as the many community stakeholders who helped us along the way.”

Bloom, The Abbotsford Tulip Festival held the first event in the spring of 2016 with the goal of bringing four generations of Szarek’s family’s passion for growing tulips to a broader audience. The outdoor event attracted up to 100-thousand visitors each year over six weeks from April to May who gathered to marvel at the 2.5 million rainbow coloured tulips in full bloom. The event employed over dozens of staff and volunteers every year.