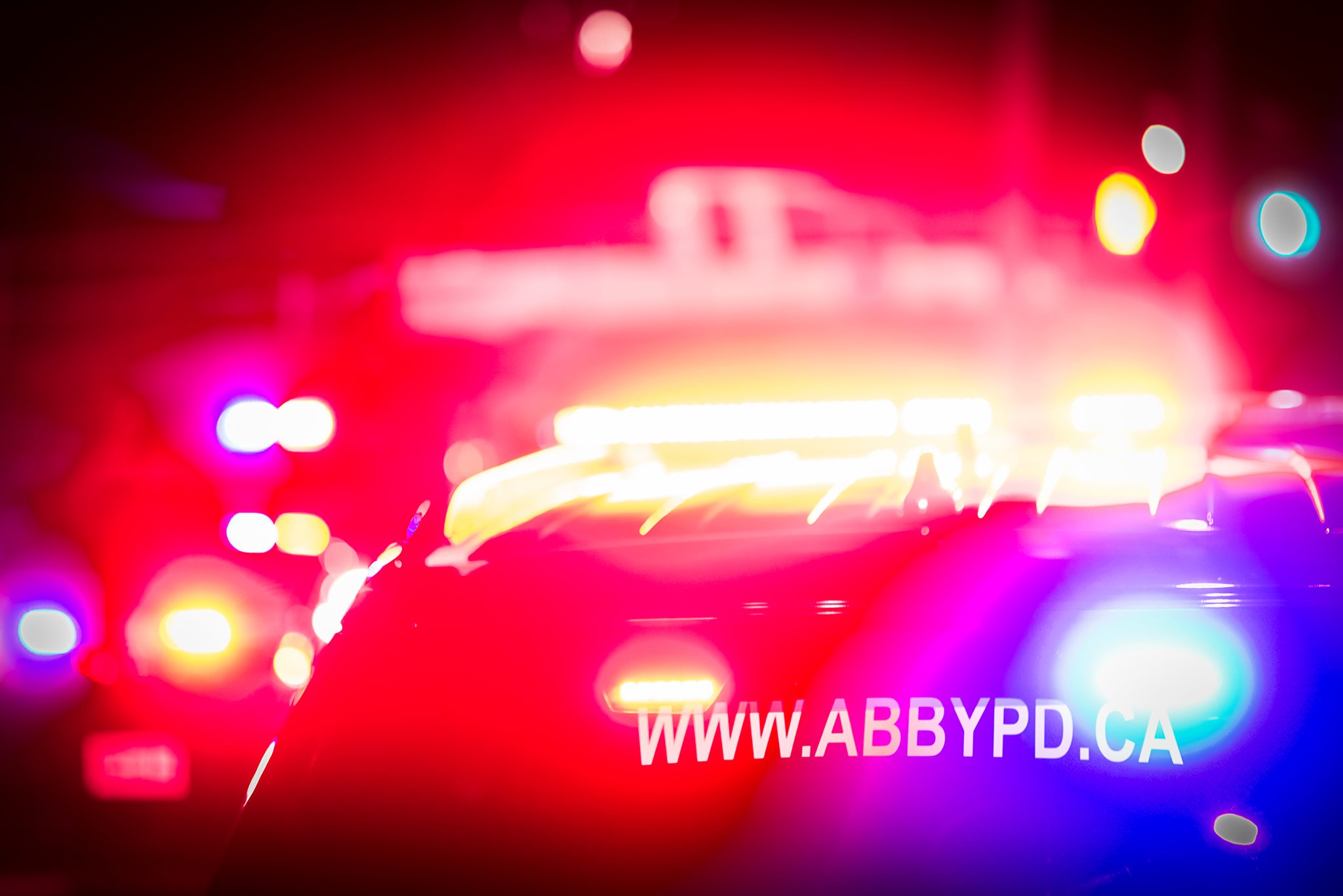 Abbotsford – DECEMBER 11 UPDATE – Late Thursday, APD released statement that a search warrant was issued and no one was found in the house.

AbbyPD patrol officers were called to the 2300 block of Clearbrook Road for reports of man fleeing from a house with his hands tied and covered with blood.

Officers located the man a short distance away suffering from serious, but non-life-threatening injuries.  The male was transported by BC Ambulance Service and is receiving medical treatment.

Conflicting information from witnesses indicated that the suspects had returned to the home, other information was they had left the residence.  To ensure there were no further victims, and identify suspects, the home was contained as investigators tracked down known occupants, spoke to the victim, witnesses and obtained a warrant.

At 11:30 pm, detectives obtained a warrant to search the residence.  The Emergency Response Team utilized the Armoured Response Vehicle telescope ram to gain entry; the tactical robot and Lower Mainland District Police Dog Service team were utilized to conduct a preliminary search.  No one was found in the residence.

As of Friday morning, the victim remains in hospital, recovering from his injuries.  The motive behind this assault is not known at this time and detectives are continuing their investigation.

There are many social media posts from those who witnessed this incident at its onset.  We are asking anyone who was in the area at the time of this incident, has CCTV, dashcam video or information about this investigation is asked to contact the Major Crime Unit at 604-859-5225.

DECEMBER 10 ORIGINAL STORY – On Thursday afternoon, AbbyPD were on scene in the 2300 block of Clearbrook Road in response to a man, covered in blood, fleeing from a residence.

Upon police arrival, the injured man was located, and has been transported to hospital to receive treatment for serious but not life threatening injuries.

There remains a heavy police presence in this area as APD continue this investigation.