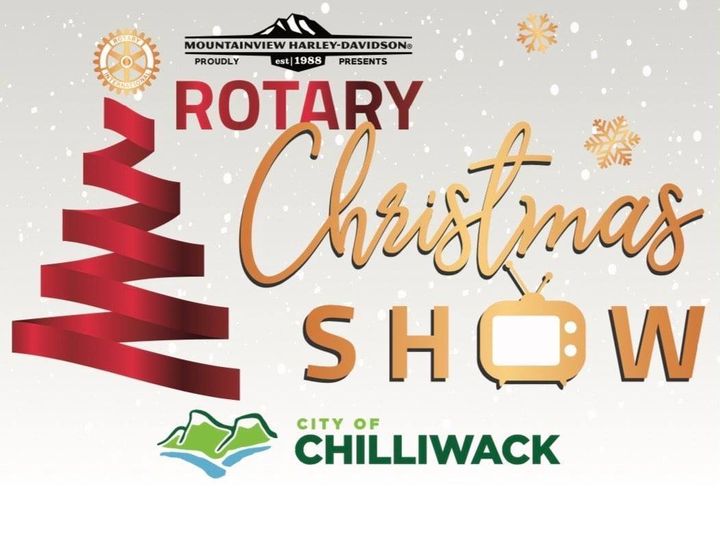 Chilliwack – Unfortunately due to COVID19, the Chilliwack Rotary Christmas Parade had to be cancelled this year. BUT… in early November, Rotary announced the Rotary Christmas Show presented by Mountainview Harley Davidson and sponsored by the City of Chilliwack!

The perfect Holiday event for the whole family and it is now on all the social media channels of Chill TV!

Thank you to Hofstede’s Country Barns and All Things Being Eco for donating amazing prizes. Thank you to Kinetic Signs and Awnings Ltd for creating this!

At the October 20th Council meeting, Chilliwack Council approved $12,000 for a COVID replacement for the annual Rotary Christmas Parade.

In February 2019 the City of Chilliwack entered into a new agreement with the Chilliwack Fraser and Chilliwack Rotary Clubs procuring their services to coordinate and implement the annual Rotary Christmas Parade for 2019, 2020 and 2021.

Due to COVID-19 related restrictions on mass gatherings The Christmas Parade committee felt it would be inappropriate to host a parade that would see thousands of residents gather in the downtown core.

ORIGINAL STORY NOVEMBER 9 – In lieu of the parade the Rotary Christmas Parade is proposing to host a one-hour Rotary Christmas Celebration for Children which would include a number of music, comedy, and skit themed performances and which will be broadcast live on ChillTV (YouTube Channel). The event would be hosted on December 5th at 5:30pm to allow for continuity between the celebration and the parade.

After the initial broadcast any person will have the ability to live stream the event throughout the month of December.

The variety show will be promoted through local traditional media such as 89.5 The Drive, StarFM and the Chilliwack Progress.