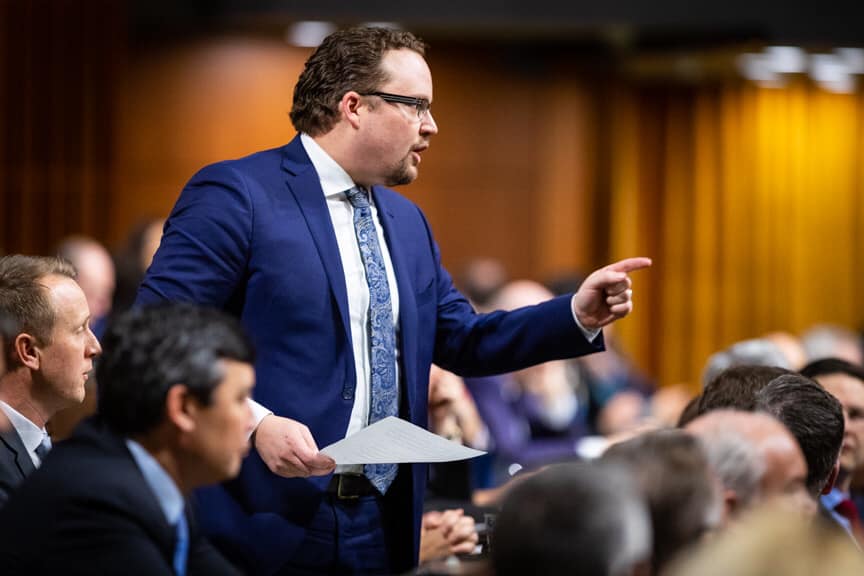 Chilliwack/Hope/Ottawa – On Monday, Mark Strahl, Member of Parliament for Chilliwack—Hope, asked the Liberal government about the fines imposed from allegedly shipping products between provincial borders. The farmer in question was Chilliwack poultry farmer Ken Falk :

“When the Canada Food Inspection Agency falsely accused Fraser Valley Specialty Poultry of illegally shipping product across provincial boundaries, they told the owner to just admit he was guilty and pay the fine.”

“But Ken Falk refused, fought back and was found not guilty of all charges.”

“Now the government is refusing to pay back his over $100,000 in legal fees and won’t even tell him how to avoid being falsely charged again.”

“Why are the Liberals running roughshod over this hardworking Canadian farmer?”

MP Strahl was highly unsatisfied with the weak response from the Liberal Minister of Agriculture Marie-Claude Bibeau.

“What Mr. Falk has endured is unfair and unjust,” concluded MP Strahl. “Unfortunately, the Minister’s response was to say that the Canada Food Inspection Agency was working well for our farmers. I’m sure Mr. Falk would beg to differ.”

To watch the video of the exchange in Question Period, visit MP Strahl’s Facebook page.

FVN/chillTV reached out to Ken Falk and Fraser Valley Specialty Poultry for further comment. Falk told FVN that he wants to be reimbursed for his legal costs. While Strahl said that fines were in the range of $100,000, Falk said that total is closer to $200,000 plus. There was poultry taken across the provincial line by a third party that he and his staff were unaware of. That purchaser was from Vancouver. Falk maintains that that third party and not FV Special Poultry are the ones that should be in the cross hairs.