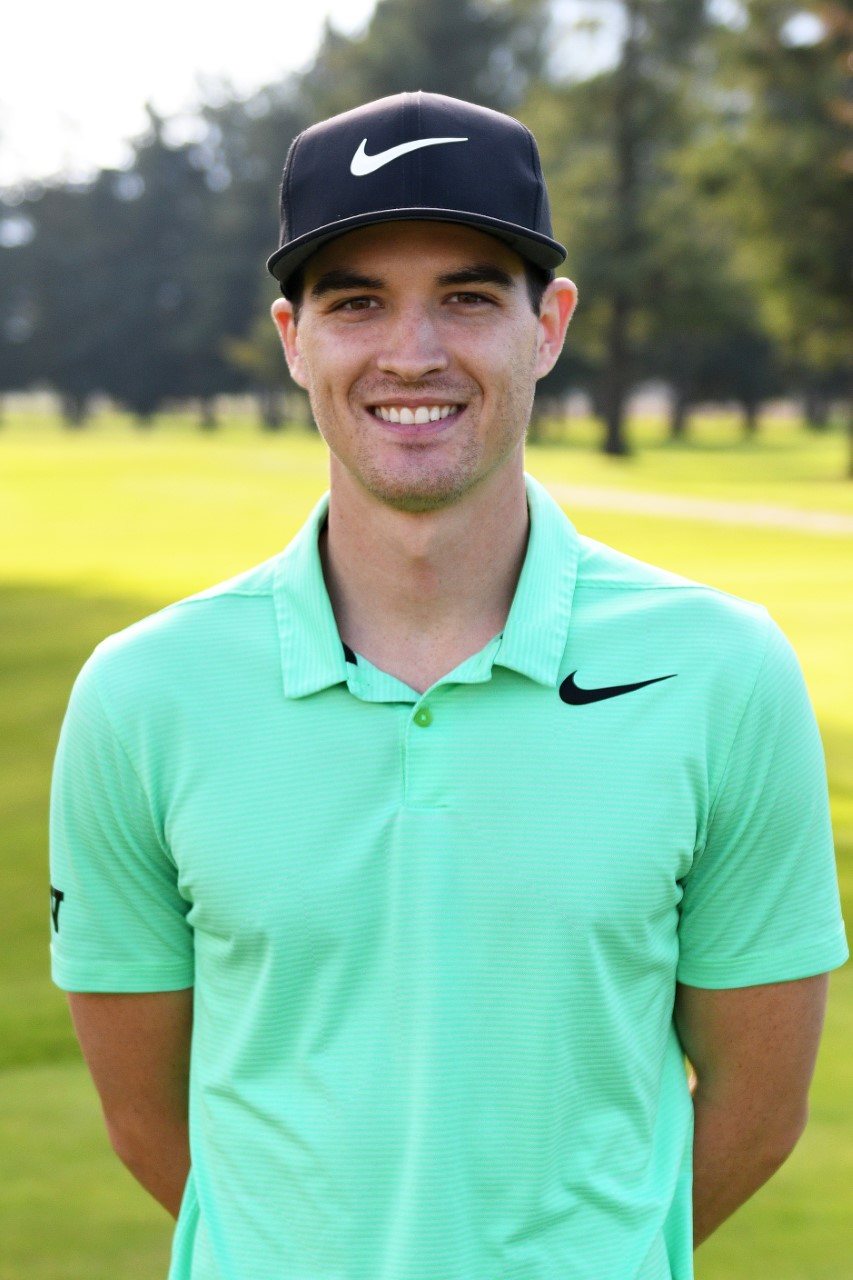 Fraser Valley – A pair of team victories and a collection of landmark individual performances highlighted the University of the Fraser Valley golf teams’ efforts as the BC Rivalry Series continued with a pair of local events.

Jackson Jacob, a sophomore from Langley, B.C., carved out a slice of Cascades history on Wednesday – he torched Northview’s Ridge course, firing a 10-under 62 to set a UFV men’s team scoring record in tournament play. The previous record had been established in 2013 by Connor O’Dell, who shot a 63 at the UFV Invitational at Chilliwack Golf Club.

Jacob’s outstanding round (featuring one eagle and 10 birdies against two bogies) gave him a three-stroke victory in the men’s individual, and helped the Cascades to an impressive team score of -15, five strokes clear of runner-up UBC and 14 ahead of UBCO. Ben Whiton (-3, 4th) and Jacob Armstrong (-2, T-5th) were also in red numbers, Cody Bailey fired an even-par 72, and Eli Greene posted a 73.

Thursday’s event at Mayfair Lakes was closely contested, with UBC Okanagan (+7) edging UBC (+9) and UFV (+10). Armstrong shone once again – his one-under 70 was good for solo second individually, just one stroke back of UBCO’s Justin Towill. Whiton continued his consistent play, tying for fifth at +2, and Greene (+4, T-10th), Jacob (+5, 14th) and Bailey (+7, T-16th) rounded out the UFV scores.

The Cascades continue to lead the aggregate standings with 14 points, ahead of UBC (12) and UBCO (10).

“Wednesday was a really good day for us,” said Cascades men’s head coach Aaron Pauls, whose squad has won three of the six BC Rivalry Series single-day tournaments to date. “We were playing well, and it takes some element of good breaks to post a team score like 15 under. Jackson sparked that, and we had our other guys playing well, too.

“The next day was kind of the opposite, which is what can occur in golf. We had a few things go unfavourably for us early on, and we let that affect us. When you don’t have your A game – and in golf, it’s most of the time – you have to recognize that and play within that. You have to find the right strategy. You’re not trying to shoot 65 – 70 to 72 is a good score on days like that. That’s a skill we need to get better at.”

On Jacob’s record-breaking 62, Pauls called it “an amazing round of golf.”

“He did a lot of things well,” Pauls marveled. “Any time you have a round of 10 under, it takes a few good breaks, too, and it added up to 62. He can have those types of days, when he makes some putts and drives some par-fours.”

The UFV women’s team got breakthrough performances from rookies Alex Brunner and Lucy Park over the two events.

On Wednesday, Brunner stepped up with the best round of her young Cascades career, carding a three-over 75 at the Northview Ridge course to tie for second overall, two back of the Heat’s Kendra Jones-Monk.

On Thursday at Mayfair Lakes, the UFV women’s squad staged a breakthrough, tying for first place to earn their best finish of the series thus far. The Cascades and T-Birds were both at +20, and the Heat were third at +22.

“Getting a share of the win is a big confidence boost,” Cascades women’s coach Cody Stewart enthused. “We have a young team so being able to not only compete with but be successful against arguably Canada’s best is massive. I know they have it in them and they showed it.

“On Thursday, I saw a completely different team in comparison to Wednesday and some of our other events. We know where we need to improve, and putting was the biggest area we discussed. On Thursday we minimized mistakes on the greens and it paid off.

“Alex Brunner led the team over the two days with very solid performances. She’s just getting started – she’s putting in the work and getting better every week. And Lucy Park had her best performance of the year yesterday.”

The BC Rivalry Series wraps up its fall schedule next week. The Cascades host next Wednesday, Oct. 28, at Chilliwack Golf Club, and the scene shifts to Surrey’s Morgan Creek Golf Club on Thursday, Oct. 29.