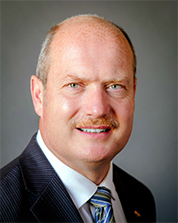 Abbotsford – He is a Provincial fixture and not going away any time soon. De Jong will be seeking his seventh term in office, having first been elected in a 1994 byelection.

At the Abbotsford West District Electoral office Tuesday, handing in my nomination papers. Despite the NDP forcing an election, we are ready to stop the NDP’s power grab. This election is by far the most important for the future of BC and Abbotsford! #bcpoli