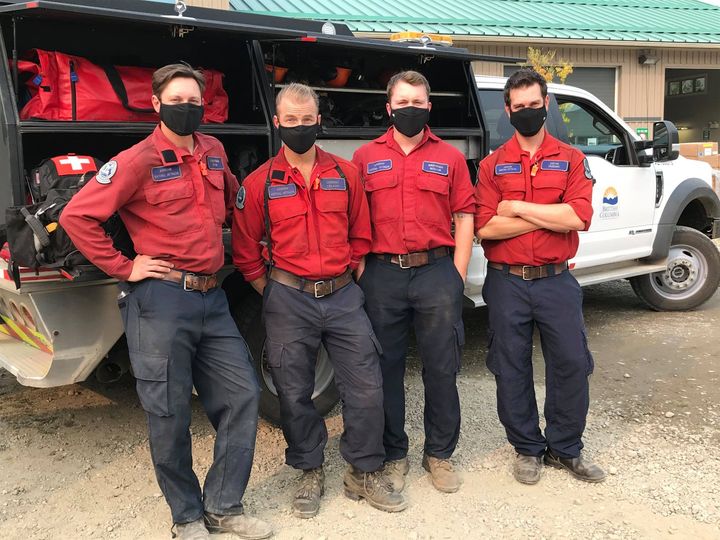 Victoria/Fraser Valley – More than 200 B.C. firefighters and related personnel are heading to the U.S. to help battle extreme fire activity in Oregon.

These are the regular wildfire crews and not from city fire departments including Chilliwack and Abbotsford ( at this time. COVID restrictions are in play).

“Over 800 BC Wildfire Service personnel volunteered to go into someone else’s community and to someone else’s fire to do what they can to make sure people are safe,” said Premier John Horgan. “That is just extraordinary, and it speaks volumes about our compassion and our commitment to helping each other. I’m very proud of those individuals.”

The firefighters are being deployed to Redmond, Ore. and will be deployed as needed to assist with the dire wildfire situation. British Columbia is also in direct contact with Oregon and Washington about the potential to send an additional 200 personnel in the coming days and weeks.

“Here in British Columbia, we’ve been fortunate to have experienced a moderate wildfire season, but our neighbours to the south have not been so lucky,” said Doug Donaldson, Minister of Forests, Lands, Natural Resource Operations and Rural development. “B.C. firefighters who are willing to be deployed out of the country during this challenging time deserve a lot of credit for their professionalism.”

Given the challenges posed by the COVID-19 pandemic in the province and in the U.S., the B.C. firefighters and staff will be taking extraordinary precautions to safeguard the health of everyone participating in this deployment, both during their time in the U.S. and on their return to Canada.

BC Wildfire Service personnel will remain within their own “bubble” and conduct their firefighting operations separately from American firefighters, as co-ordinated by the U.S. Forest Service and other relevant authorities. Since the pandemic began, the BC Wildfire Service has been taking extra precautions in this province to protect its staff from possible exposure, including physical distancing and enhanced safety and sanitation protocols.

The American request for assistance was made through the Canadian Interagency Forest Fire Centre, which co-ordinates the mutual sharing of firefighting resources between B.C. and other jurisdictions. All associated costs will be covered by the jurisdiction that requested the resources, including BC Wildfire Service staff quarantine time upon their return to Canada.

Sufficient personnel and resources remain in the province to respond appropriately to any fire activity in British Columbia, considering the current and forecasted fire situation.