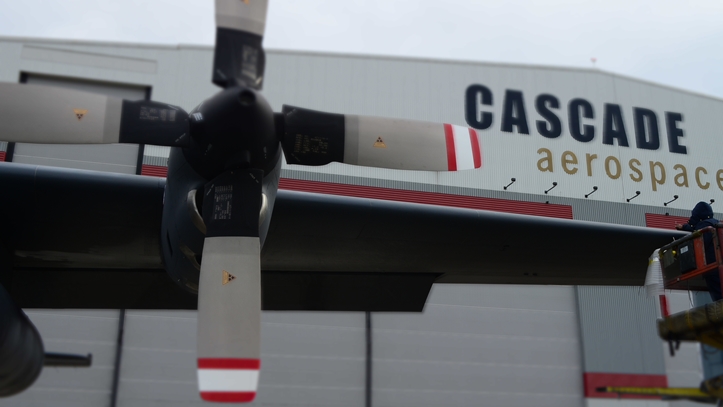 The KC-130J MAC boasts a $374 million contract ceiling where each regional partner begins with a guaranteed 5-year base term with the opportunity to extend with five, 1-year options. While seemingly hefty in price, refurbishing the aircraft is an efficient way to keep the aircraft in service, capitalizing on the initial investment made by the military, and ultimately, U.S. taxpayers.

According to the Naval Aviation Maintenance Program (NAMP), every Navy and Marine Corps aircraft must be inducted for depot-level maintenance after a predetermined number of flight hours or calendar days. This interval is determined by the Type Commander (TYCOM) taking into account factors including engineering, metallurgy, performance, etc.

Previously, FRC Western Pacific conducted KC-130J scheduled maintenance in Malaysia, but this new contract adds a depot location to North America which will allow for additional support to NAVAIR’s Program Manager Aviation 207 (PMA-207) sustainment requirement while also having a Europe based depot to support forward-deployed aircraft. The two new locations bring FRC Western Pacific’s global footprint to 10 locations spanning from Canada to the United Kingdom, the Middle East, and across the Indo-Pacific.