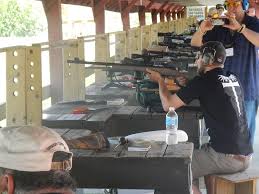 Maple Ridge (Alison de Groot, Managing Director of the CSAAA.) –Almost two months have passed since the Federal Government blindsided lawful firearms owners, retailers and distributors with a sweeping firearms ban, thrusting thousands into economic and legal uncertainty overnight. And yet despite the fact that many Canadians are facing one of the most economically and personally challenging periods of their lives in the midst of a crushing global pandemic, the Federal government has offered no solutions or willingness to consult with the businesses, communities and families that have been financially damaged by the decision.

Craig Jones, a business owner and firearms retailer in Maple Ridge BC, is disappointed at the way the Federal Government has used the firearms ban claim to address violence in Canada without addressing any of the deeper issues behind the problem. “It needs to be understood by the public that this order in council is almost exclusively targeting legally purchased property by law-abiding, non-violent hunters and sports enthusiasts. This does nothing to stop the flow of illegal firearms into the hands of gangs and criminals which is the primary cause of violence.”

Retailers, manufacturers and distributors along with the more than 48,000 employees dependent on them have been flung into uncertainty and in some cases, economic devastation overnight by the firearms ban, without any official warning or consultation on the impact of businesses, communities and families struggling to get by during a global pandemic.

Jones and retailers across the country are extremely frustrated with the complete lack of communication during this process. “In order to protect ourselves from financial loss we essentially had to become activists seeking information out. We needed time to adjust our ordering. Some people had just received shipments and of course this is going on during a pandemic and not everyone was able to be prepared. It’s just totally irresponsible for the government to hurt people financially this way.”

The firearms ban list targets over 1,900 previously lawfully owned firearms that are used in sport shooting and hunting by Canadians all over the country, making the impact wide-ranging and significant. As an Order-In-Council, this ban was able to be brought into effect quickly, without any opportunity for debate in Parliament or consultation with Canadians.

Jones is a member of the Canadian Sporting Arms and Ammunition Association (CSAAA) which is calling on the Federal Government to rescind the Order-In-Council, engage with impacted Canadians, and develop reasonable, evidence based firearms legislation that can be introduced and debated in Parliament.

“Daily, the CSAA hears from people like Craig from across Canada who are hurting because of this Order-In-Council. We believe the Government of Canada owes it to Canadians to take meaningful steps that will protect public safety. What they’ve done with this Order-In-Council is target the most law abiding Canadians, ignoring the very real threats Canadians face. Parliament should take up this issue and pass comprehensive public safety legislation, and rely on evidence based policy for firearms regulation in Canada,” said Alison de Groot, Managing Director of the CSAAA.