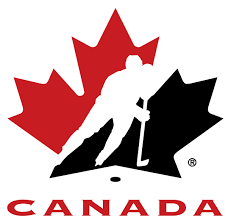 Calgary/Chilliwack – The Canadian Junior Hockey League (CJHL) and NHL Central Scouting have identified a list of 44 players who have been invited to Team Canada West selection camp in advance of the 2019 World Junior A Challenge in Dawson Creek, B.C.

From Dec. 1-3, 44 Team Canada West hopefuls will gather at the Markin MacPhail Centre at WinSport’s Canada Olympic Park in Calgary for three days of games and practices as part of the evaluation process.

Four players and one coach from the Chilliwack Chiefs are invited.

Team Canada West will kick off the tournament against the United States on Dec. 7 at 7 p.m. MT when the World Junior A Challenge heads to Dawson Creek for the first time. A variety of ticket packages, including two- and four-game packages, are available for purchase starting as low as $40 plus fees at HockeyCanada.ca/Tickets or at the Tiger Box Office Plus at the Encana Events Centre.