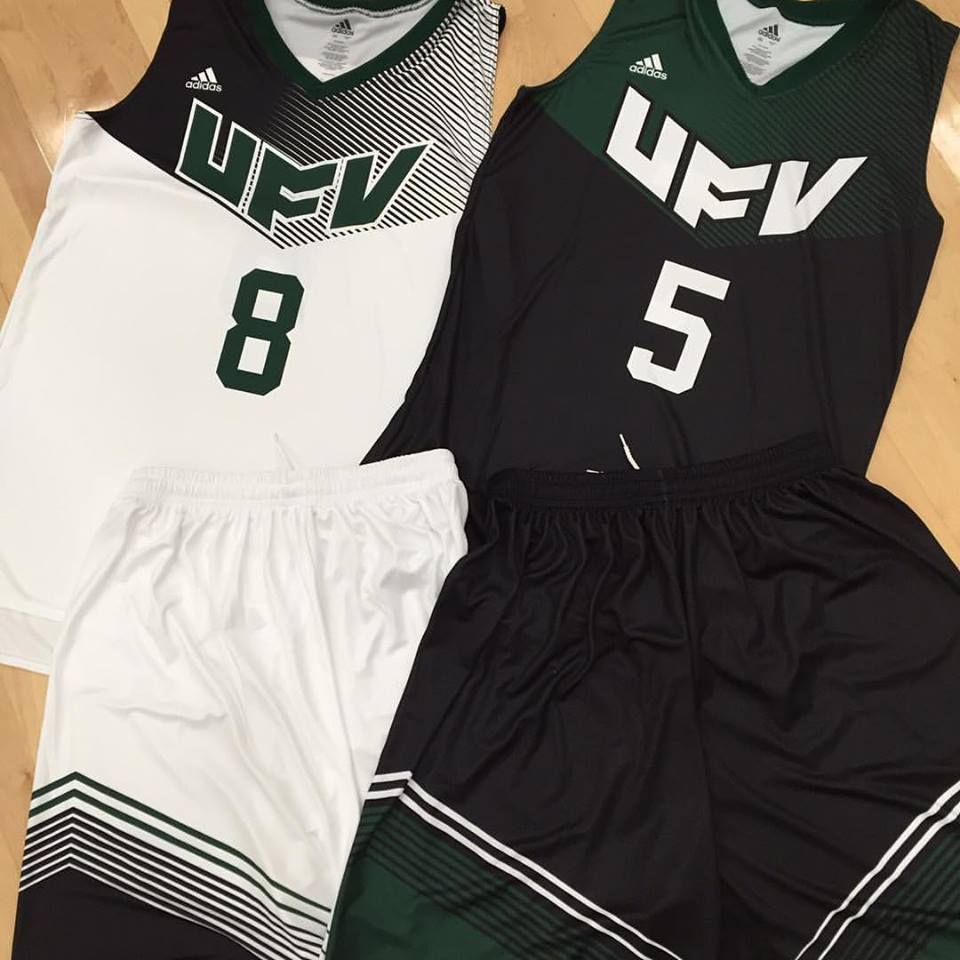 A silver medal from Karan Dhillon and a bronze from Brad Hildenbrandt highlighted the University of the Fraser Valley wrestling results at the SFU Open on Saturday in Burnaby.

Third-year Cascade Dhillon had a strong performance in the men’s 86-kilogram weight class, winning his first three matches en route to the final, where he lost to Hunter Lee of the Saskatoon Wrestling Club via technical superiority.

Hildenbrandt, the Cascades’ three-time reigning Canada West conference and U SPORTS national champion, was knocked off in the first round of the men’s 125 kilogram draw by Jesse Sahota of Rustom Wrestling Club. The two battled to a 7-7 score through two rounds, but former SFU athlete Sahota went through on criteria, having scored the last points of the match.

Sahota went on to win the gold, while Hildenbrandt rampaged through the back side of the draw, posting four straight wins to take the bronze. He clinched the podium finish with an 11-6 decision over longtime rival Sean Molle of Dinos Wrestling Club.

“Karan wrestled really well,” noted coach Gurjot Kooner. “He could have been better in the final – the other guy came out hard right off the whistle. Karan usually gets better as the match goes on, but he needs to be ready right from the start.

“Brad didn’t wrestle the best in his first match . . . but he’s definitely been improving. The next step for him is the Olympic trials, and coming back for third gives him some confidence.”

Three other UFV wrestlers competed at SFU – Amarvir Atwal (men’s 74 kg), Sunny Benning (men’s 86 kg) and Calista Espinosa (women’s 50 kg). Each posted 1-2 records in their respective weight classes. Espinosa’s exit was due to injury – she was forced to withdraw after splitting her first two matches.

The SFU tourney marked the conclusion of the Cascades’ pre-Christmas schedule. The wrestlers return to action Jan. 11 at the Alberta Golden Bear Invitational in Edmonton.

The University of the Fraser Valley women’s volleyball team earned its most impressive win of the season to date, finishing off the Camosun Chargers in three straight sets on Saturday afternoon at the Envision Financial Athletic Centre.

In an intriguing early-season match-up of nationally ranked teams, the CCAA No. 4 Chargers had drawn first blood with a four-set triumph over the No. 7 Cascades on Friday night. But UFV bounced back to win the rematch 25-22, 25-22, 25-20. In the process they reclaimed second place in the PACWEST with a 5-3 record, just ahead of the Chargers (4-3).

“I’m really proud of the response that was generated from a disappointing level of play we put forth last night,” Cascades head coach Janelle Rozema said. “Our ball control was a lot better today, and our attackers did a better job of finishing plays. And our defence was better – we were digging more balls, and we were controlling them more for the most part.

“Today, we were just a little more comfortable in our competitive skin. Last night we were overthinking, and the hard pregame planning became more organic, more natural today because we’d seen them once live.”

The Chargers grabbed the momentum in the opening set, scoring five straight points to build a 17-12 lead, highlighted by back-to-back aces from Katie Wayling. But the Cascades hung tough, and with the score 22-20 for Camosun, the hosts reeled off five straight points to close out the set. Amanda Matsui and Chelsea Kidd provided strong play at the net, and Kristen McBride capped it off with a kill.

The Cascades carried that momentum into the second, building a 5-2 lead after Sedona Arabsky secured a block and a kill in succession. Camosun battled back to level the score 15-15 on back-to-back aces from Hannah May, but UFV was a little sharper down the stretch and pulled away for a 25-22 win.

Both teams traded runs in the third, but with the score 20-19 UFV, the Cascades took three points in a row – highlighted by kills from Alysha Cooper and McBride – to take a commanding lead and they would close it out from there.

The Cascades volleyball teams are back in action next week with a home-and-home series vs. the Capilano Blues. Friday’s games are at the EFAC (women 6 p.m., men 8 p.m.), and Saturday’s games are at Capilano’s North Vancouver campus (women 5 p.m., men 7 p.m.).

Both teams, it should be noted, were missing key players. UFV’s Landon Uy and Camosun’s Vitor Pereira sat out the entire weekend due to injury, and the Chargers’ Eduardo Bida missed Saturday’s game after suffering a hand injury in the late stages on Friday.

The result evened the Cascades’ record at 4-4, while the Chargers fell to 5-2.

“They’re a wounded animal, and we need to pounce on that,” Cascades head coach Nathan Bennett noted. “Right now, that’s a team that’s missing two of the best players in the league, maybe even the country. We had an opportunity tonight. It was back and forth, and we didn’t take advantage of some things that we should have, but at the end of the day we came out with a W.”

The Cascades saw a 19-17 lead in the opening set disappear, as Camosun evened the score at 20 apiece. However, UFV was unfazed as Justin Peleshytyk would secure three kills in the late stages, allowing his team to seal it 25-22.

The Chargers started the second strong, building a 7-5 lead, before extending it to 15-10 and finishing it off 25-21.

The Cascades leapt out to a 7-2 lead in the third with Shubdeep Wander hammering three kills, but the Chargers fought back with aces from Morgan Humphreys and Mitchell Whittla to draw even at 15. UFV took the next four points to regain the lead, but it was short lived, as Camosun would claw their way back to go up 24-23. However, it would not be enough to put the Cascades away, as they would grab the final three points capped by another Pelesytyk kill, 26-24.

In the fourth, a pair of kills from Peleshytyk midway through the set followed by back-to-back kills from Wander would vault the Cascades to a 17-13 lead. Camosun chipped away and grabbed a 21-20 lead on consecutive service aces from Graham Basi, but the Cascades would secure five of the last six points, including a kill by Peleshytyk and an ace by Graham Walkey, to close out the match 25-22.

Wander racked up a game-high 17 kills for the Cascades, and Peleshytyk and Caleb Kastelein finished with 11 and nine, respectively. Setter Walkey had 38 assists and a team-best nine digs.

Humphreys and Whittla led the way for the Chargers with 11 and 10 kills, respectively.

The Cascades volleyball teams are back in action next week with a home-and-home series vs. the Capilano Blues. Friday’s games are at the EFAC (women 6 p.m., men 8 p.m.), and Saturday’s games are at Capilano’s North Vancouver campus (women 5 p.m., men 7 p.m.).

The Winnipeg Wesmen fended off a fourth-quarter surge from the University of the Fraser Valley women’s basketball team, picking up a 77-72 win on Saturday evening in Winnipeg.

Coming off a 77-62 loss to the Wesmen on Friday, the Cascades (2-0) pushed the hosts down the stretch in the rematch, but were unable to come up with enough stops to pull ahead.

Rookie point guard Maddy Gobeil (19 points, 4-of-6 from beyond the arc) and senior forward Taylor Claggett (18 points, 13 rebounds, five assists) had solid outings for the Cascades (0-2), but the Wesmen (2-0) got a huge 33-point outburst from Faith Hezekiah.

“I thought we were pretty tough down the stretch,” UFV bench boss Al Tuchscherer said. “We were playing catch-up again most of the night, and we kept on fighting and never gave up. We made a game of it in the end.

“These are important games for our young kids, and even our veterans are learning how to win a little bit. Winnipeg is a real tough test for us early in the season. Their veteran play kind of showed through in the end.”

After a closely contested first quarter, the Wesmen clawed their way to a 31-24 lead midway through the second after Hezekiah hit one of her four three-pointers on the night. The Cascades responded with a 7-2 surge punctuated by an Amanda Thompson triple, but the hosts built a 36-31 lead at the half.

Triples from Hezekiah and Lena Wenke to open the third quarter allowed the Wesmen to push the lead to double digits at 43-33, but the Cascades continued to battle and stayed within striking distance headed to the final frame.

Late in the fourth, another quick 7-2 run capped by Gobeil’s trey off a pass from Claggett cut the deficit to 75-72 with just under a minute left in regulation. The Cascades got a stop on the ensuing possession, but at the offensive end, Deanna Tuchscherer was whistled for a travel as she made her move in the post. Winnipeg’s Jillian Duncan and Robyn Boulanger each went 1-for-2 from the free throw line down the stretch to seal the result.

Thompson and Jessica Parker also scored in double figures with 12 points apiece for the Cascades, who saw fourth-year guard Victoria Jacobse exit due to injury in the first quarter.

Wenke, with 11 points, chipped in offensively for the Wesmen.

The Cascades are now headed into a bye week before hosting the UBC Okanagan Heat on home-opening weekend, Nov. 15-16 at the Envision Financial Athletic Centre.

The Winnipeg Wesmen pulled away in the fourth quarter to complete a weekend sweep of the UFV Cascades, prevailing 92-82 in Canada West men’s basketball action on Saturday.

The UFV squad (0-2) is now headed into a bye week before hosting the UBC Okanagan Heat on home-opening weekend, Nov. 15-16 at the Envision Financial Athletic Centre.

“I thought in the first half we were pretty reasonable (defensively),” Cascades head coach Adam Friesen said afterward. “The start of the third quarter, they came out really strong and we didn’t have an answer for it. We lost too many shooters today. They played great, and we’ve got to clean up on some things.”

The Cascades had a solid start, building a 15-9 lead as Parm Bains exploded for 11 quick points. The Wesmen stayed close, though, with Billy Yaworsky catching fire in the second quarter. His triple to beat the halftime buzzer gave the hosts a 39-36 lead at the break.

The third quarter was closely contested, but Winnipeg’s Adam Benrabah shook loose to knock down back-to-back three-pointers late in the frame, giving his team a 63-57 edge heading to the fourth.

The Wesmen continued to expand the lead in the final frame, led by Ambanza. The fourth-year player poured in eight points in quick succession, capped by a three-pointer to give Winnipeg an 81-67 lead with six minutes remaining, and they cruised from there.

“Winnipeg’s a really good team, and this weekend’s only going to make us better, starting our season against one of the better players in the whole league,” Friesen said, lauding Ambanza’s play.

Ambanza’s 22 points were a game-high for the second straight night, and Yaworsky and Benrabah contributed 16 points apiece for the Wesmen.