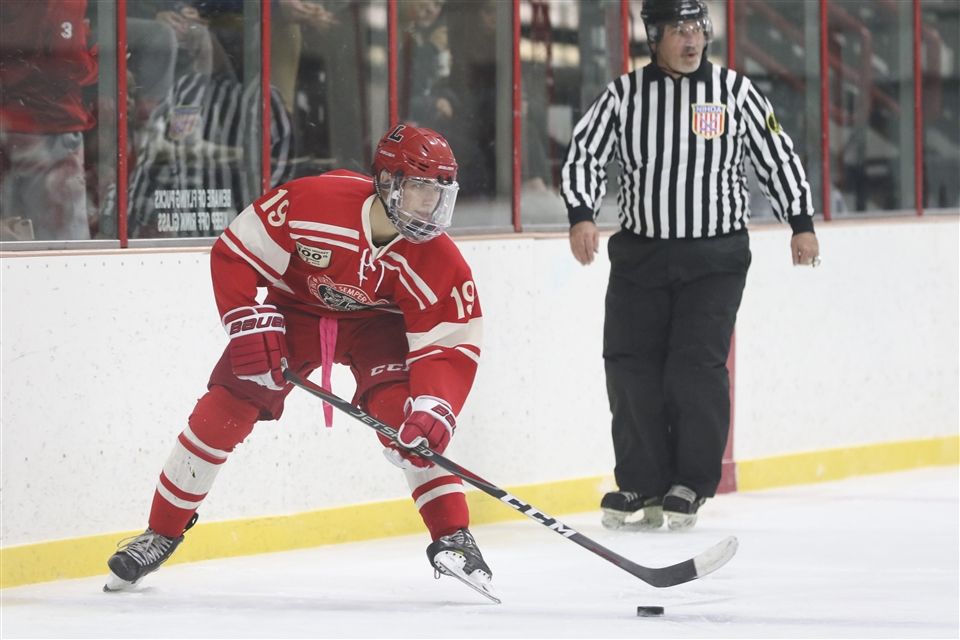 Chilliwack – Chilliwack Chiefs forward Nikita Nesterenko has secured his college future with a commitment to Boston College this past week. Nesterenko, a 6’1 forward who was drafted 172nd overall by the Minnesota Wild in the 2019 NHL Entry Draft spoke to how excited he was to be able to play college hockey in Boston when asked about his commitment: “Playing college hockey in Boston has always been a dream of mine,” Nesterenko says.

He was signed by the Chiefs in May – That FVN story is here.

“After visiting Boston College, committing to such a historically successful program was a no brainer for me. I want to thank everyone especially Coach Maloney and Coach Rihela for helping me throughout the process. I am looking forward to an amazing rest of the season with the Chiefs.” Currently this season Nesterenko has tallied 4 goals and 9 assists along with 15 minutes in penalties while playing in an offensive role for the skilled Chilliwack Chiefs squad.

Head Coach and General Manager Brian Maloney has been impressed with how much Nikita has learned thus far this season. “Nikita is a player that has incredible skill and IQ, we have been really impressed as a staff with his willingness to learn to defend, and play away from the puck,” Maloney says. “We are extremely proud that he is going to be attending Boston College and will continue to work with him on his game to make him the most complete player he can be prior to heading in to school.”

You can see Nikita and his teammates this weekend as the Chiefs face-off against Mainland division rivals Surrey Eagles and Coquitlam Express on Saturday and Sunday at the Chilliwack Coliseum.