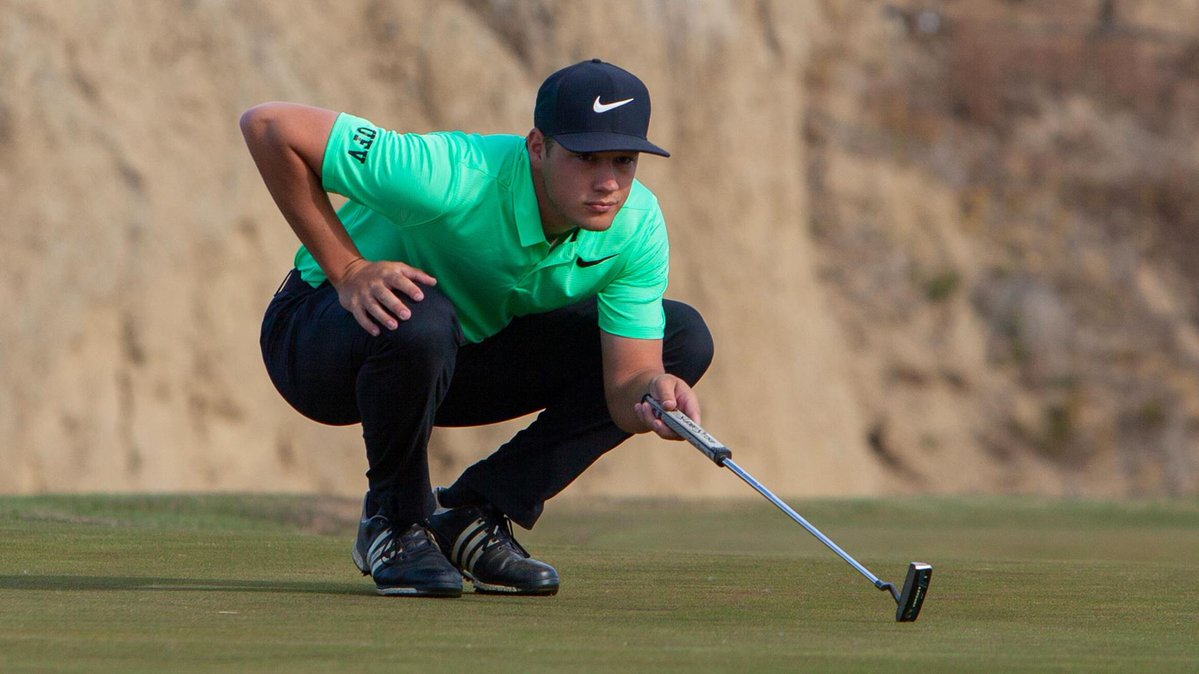 The University of the Fraser Valley men’s and women’s golf teams both earned podium finishes this week at the Vikes Shootout in Victoria.

The Cascades men’s squad finished second to the host UVic Vikes, finishing at five over par through two rounds Monday at Tuesday at Cordova Bay Golf Club. The Vikes were red-hot on their home course with a combined score of -11, while the UBC Okanagan Heat were third at +26.

Reigning Canada West individual champion Daniel Campbell led the way for the Cascades, carding rounds of 68 and 70 to finish at -4 for the tourney, good for solo third place behind the UVic duo of Josh Miller (-7) and Robin Conlan (-6). Four other Cascades finished in the top 10 – Zach Olson (+2, T-5th), Wyatt Brook (+3, T-8th), Halen Davis (+4, T-10th) and rookie Cody Bailey (+4), who did not factor into the UFV team score as he was competing as an individual.

“We got caught a little flat-footed in the first round and fell quite a ways back of a hot UVic team,” said Cascades head coach Chris Bertram, alluding to the Vikes’ 14-stroke lead after Round 1. “We managed to find some form for the last round, but it wasn’t enough to make up ground on the leaders.”

The Vikes completed the sweep on the women’s side with a team score of +40, outdistancing UBC Okanagan (+60) and third-place UFV (+61).

The Cascades’ Emery Bardock took third place individually – she fired a two-over 74 on Monday to grab the overnight lead, and followed with an 84 on Tuesday to finish at +16. UVic’s Sukriti Harjai (+9) and Rhiannon Jones (+13) were the top finishers.

“This team continues to show great promise but the results aren’t yet showing up on the scorecards,” Bertram said. “A lot of positive signs from the week, though, and I’m confident the women are going to post some low numbers as the season moves on.”

UP NEXT: The Cascades wrap up their fall schedule at the Northwest Christian University Invitational, Oct. 26-27 in Creswell, Oregon.