Portal Shelter Given 18 Months Not Three Year Extension – Must Find Location Away From Downtown, Schools (VIDEO) 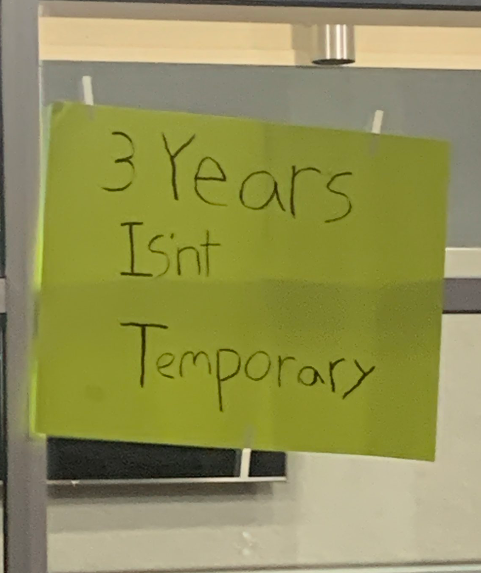 Chilliwack (with files from Shaun Glazier) – The Tuesday night council meeting started on time at 7PM. By 7:30PM, the debate over the temporary use permit for BC Housing with Ruth and Naomi’s was on. The dust didn’t settle until well after midnight.

Over 100 community members showed up to express their support or criticism of the 3 year ‘Temporary Use Permit’ that was being sought for the continuation of ‘The Portal’, an overnight shelter for many homeless in our community.

The people against the application were loud and heard, with a side note tally of 27 citizens who spoke against the project, versus the 14 who spoke in favour of it.

One woman who spoke to city council during the hearing, described the current state surrounding the area as “An act of resistance as a mother of two, to walk her kids downtown”.

Another women, who both resides, and owns other suites within the adjacent ‘NewMark’ building, described the things she’d see daily, things such as fornication behind the garbage dumpsters, excess needles, condoms and the garbage surrounding. When one man who was speaking, told City Council that “Homeless people have rights, well so do my children”, the gallery of over a hundred people erupted in applause.

Through the evening Mayor Ken Popove had to call order and threaten to clear away those that continued to interrupt.

While many spoke against, there was a large number of supporters who spoke as well, including Griffin Security owner Brian Gladstone who said that the problem down there is not a result of “The Portal”, adding “they’ve had the same problems for the past 12 years”. When speaking to the area surrounding the portal that was a bigger problem, Brian commented that “when people do drugs, commonly they want to use right away, most times within the few blocks”.

Former public educator Corrine McCabe also voiced her support for the application saying that over the past while “That things have gotten better in some ways, and worse in others” and that the portal was where it needs to be, adding that she’s “totally in support, but we need to address the problem”.

Residents when speaking, commonly pointed out that there was also a insufficient response from the RCMP when they have called for assistance, one person saying that from her phone call to a cruiser at her door, was nearly 3 hours later. Residents surrounding the facility expressed frustration with the constant yelling and fighting among those on the street in the area around the portal.

Kyle WIlliams, with the Downtown BIA, says that the vast increase of homeless people downtown has been “Hurting the business community downtown significantly”. He went on to say that there needs to be a spread around of services”, and  that alot of drug use is happening around the portal, maybe not as a result, but given the cluster of services in the area.

Bill Raddatz, of RAN Mission that runs the portal, said “we’re here to help the community, and that 50% of the shelter, are 50 years or older. Mr Raddatz finished by saying that ‘shutting down the portal, only exacerbates the homeless problem”.

After the Public Hearing concluded and before speaking to the application, all Councillors and Mayor Popove made their own comments towards the project, first off thanking all who had come out to voice their opinion with regards to the portal, with Mayor Popove finishing by saying he “Commends Ruth and Naomi’s for what they do in the community, but he hears the public.

In the end, council denied the 3 year Temporary Use Permit” as it stood, given the length of three years and the concerns raised by the public, but an amendment was made, granting the portal an 18 month permit instead.

Councillor Jason Lum spoke to the 18 month amendment saying that “this will stay in the hands of current council and we will be dealing with it”.
The 18 month TUP’ will give enough time to plan and find possibly a bigger venue, but in a different location, away from the nearby schools.

The Portal Debate starts around the 44 Minute Mark: