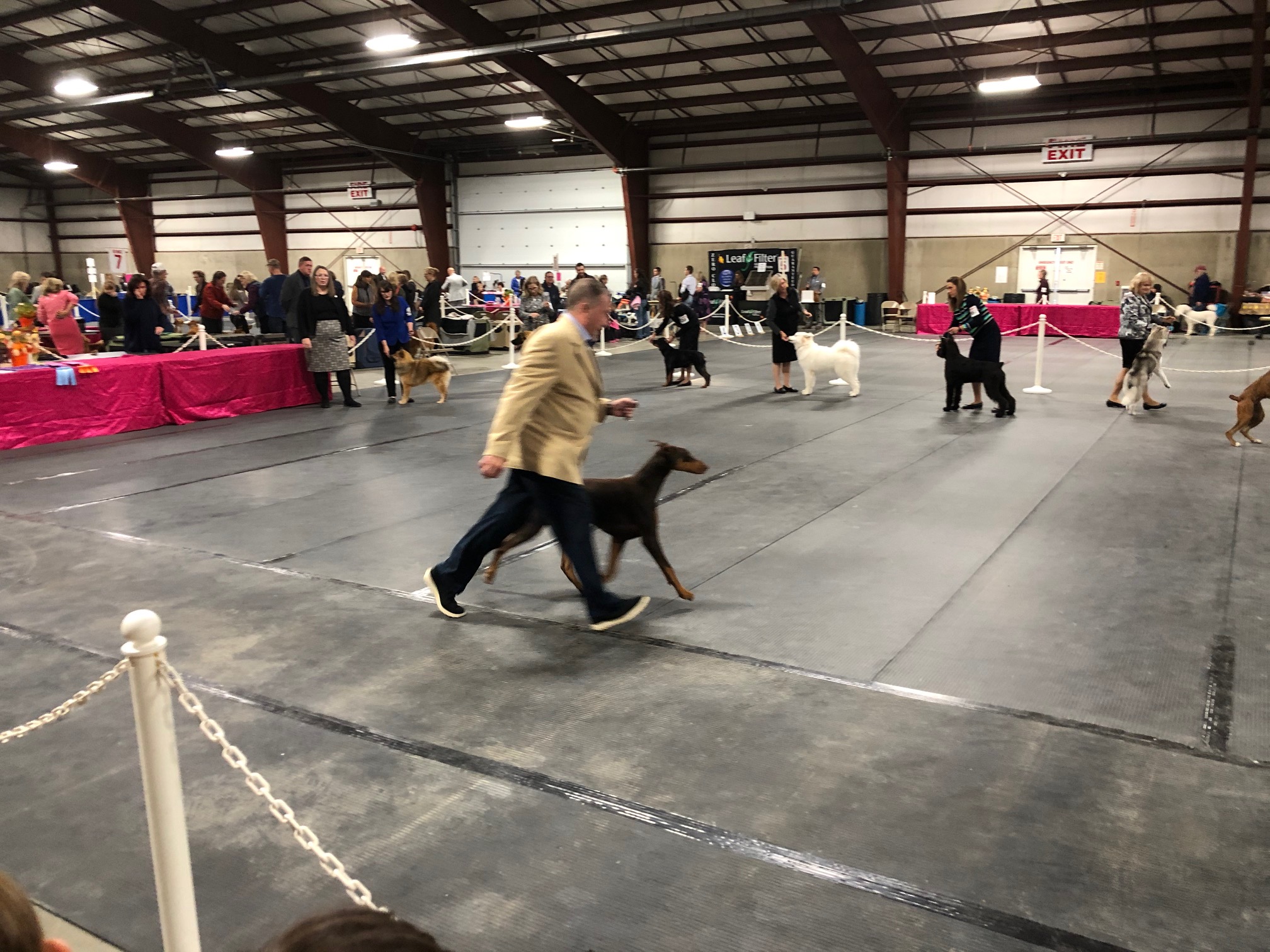 Fraser Valley – For the love of dog. The Canadian Kennel Club Fraser Valley Dog Fanciers Show returns to Heritage Park Chilliwack from October 11 -14. The show is a combination of Valley and Canadian Champions. The judges are Canadian this go round, not International.

Dog shows are held so that people can share their love of a breed and maintain a set of characteristics found within a specified breed description (the Standard). The ultimate objective is to improve the quality of breeding dogs by having them compete one against the other, to determine which dog is the closest match to the Standard. This is a place where breeders can have their breeding stock evaluated by others who are qualified to do so. There are more than 190 breeds of purebred dogs recognized by the Canadian Kennel Club (also known as the CKC). The various breed are dogs are dividing into 7 groups, depending on what the dogs were originally bred to do.

All breed shows are just that, shows that showcase all breeds recognized by the CKC. Fraser Valley Dog Fanciers is an example of an all breed club that will host several days of shows during the year.

To participate, dogs must be purebred, and be registered (or eligible for registration) with the CKC. Conformation shows are primarily for dogs capable of breeding (unaltered – not spayed or neutered).

Dog shows are a giant elimination contest. In every breed, non-champion males are judged first, then non-champion females. Dogs are entered in classes based on age, ownership or place of birth and the judge evaluates each dog, awarding first, second, third and fourth placments depending on the number of entries in the class. First place in each class then competes for Winners, and that dog is awarded points towards it’s championship, based on the number of males (or females) competing. There is also a Reserve Winners chosen, which is a runner-up award. After male and female Winners have been awarded, then the dogs entered for Specials Only, along with the Winners Male/Female, compete for Best of Breed, Best of Opposite Sex, Best of Winners, Best Puppy In Breed, as well as Select Male, Select Female.

Each Best of Breed dog then competes against other Best of Breed winners in the Group, which is placed First through Fourth. At the end of the day, the 7 group winners compete for Best in Show and Reserve Best In Show.