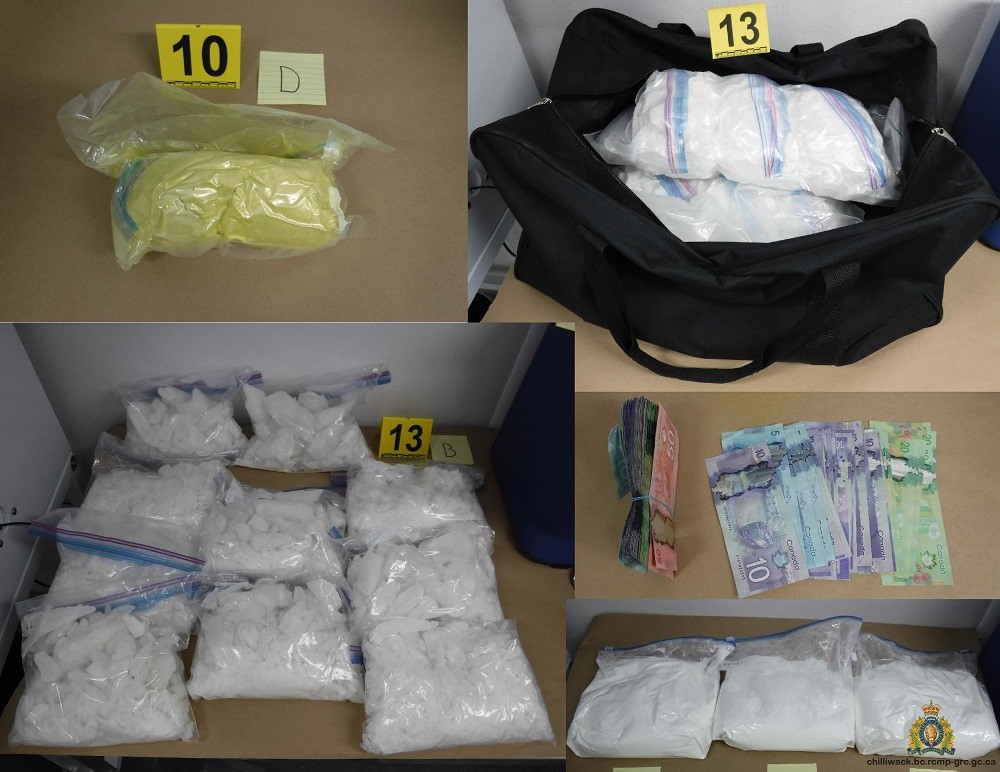 Chilliwack/Vancouver –   A significant quantity of illegal drugs, police believe were destined for Chilliwack were seized during the execution of a Controlled Drug and Substance Act (CDSA) search warrant during a RCMP multi-jurisdictional drug trafficking investigation.

An alleged 10 kilograms of methamphetamine, 700 grams of fentanyl as well as drug cutting agents, processing materials, cellular phones, and cash were seized.

Two people that were arrested during the search were later released by police.

Following a thorough review of evidence gathered, all circumstances of the investigation will be forwarded in a report by the RCMP to the Public Prosecution Service of Canada (PPSC) for their assessment of CDSA charges.