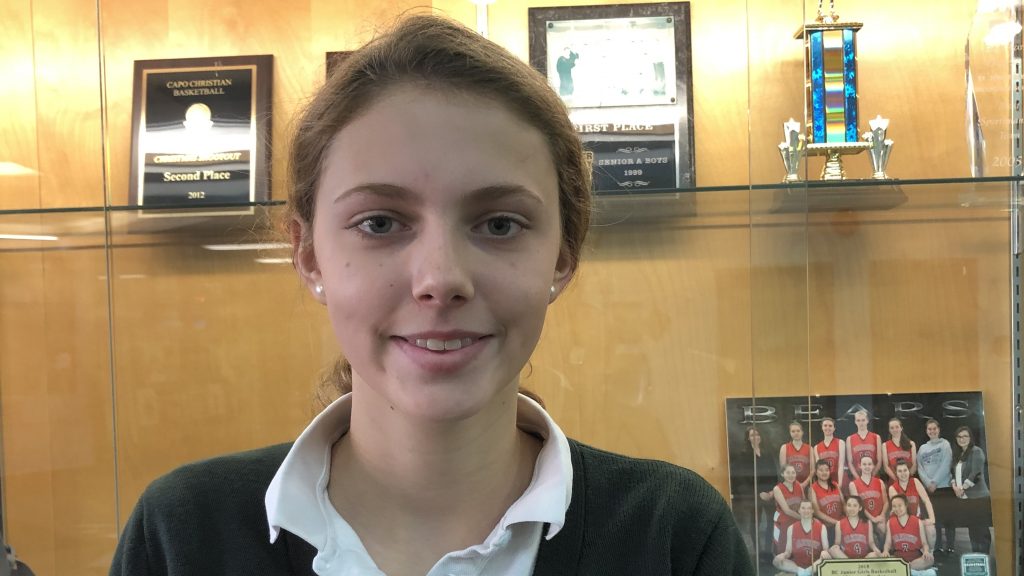 Fraser Valley – (Rob Michaels-Star FM) – Local Chilliwack teenager, Cassie Bell, was recently selected as one of four students from across the country to travel with the official Government of Canada delegation to Italy to mark the 75th anniversary of the Italian Campaign, part of the Allied invasion of Europe in the second world war.

Bell, and the rest of the Canadian delegation, flies from Ottawa to Italy on November 29 for a week-long educational program consisting of ceremonies of remembrance, visiting war museums and monuments, and meeting with veterans.

“I’m really honoured,” says Bell about being chosen from so many applicants across the country, “to be meeting veterans that have given up so much for us – it’s a big deal. I’m really excited.”

The fully-funded trip, organized by Veterans Affairs Canada to commemorate the Italian Campaign, will have delegates participating in a number of ceremonies throughout Italy, including at the Price of Peace monument and Canadian Heroes Square in Ortona and at the Moro River Canadian War Cemetery. Along with meeting and interviewing veterans, the youth delegates, like Cassie, will be speaking at some of the memorial ceremonies.

“This is a once in a lifetime opportunity” says Bell, who learned about the Italian Campaign tour following her involvement in a Historica Canada program called ‘Encounters with Canada’ last March. Being of Italian descent herself, and having family members who fought in the second world war, she eagerly applied. She says she is now enthusiastically looking forward to this experience.

In preparation of her travels Bell must complete a research project which she will share with her fellow delegates and with veterans at various events throughout the trip.

A number of Canadian Veterans, representing regiments that took part in the 20-month long Italian Campaign, will also be part of the delegation.

The Italian Campaign was a very important Canadian military effort, which aided in the eventual liberation of Europe. More than 93,000 Canadians played a vital role in this campaign, of which there were nearly 6000 casualties.

Bell lives in Chilliwack with her family and is a grade 11 student at St. John Brebeuf Regional Secondary School in Abbotsford.