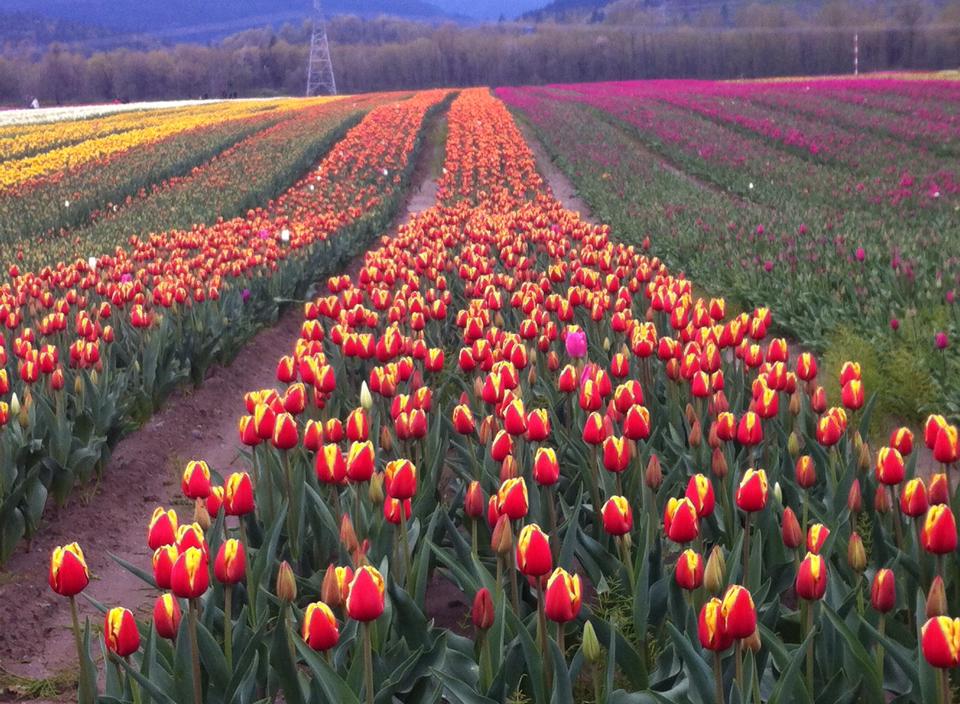 Langley Township – This fall, thousands of tulip bulbs will be planted by the Township of Langley as a symbol of freedom, peace, and gratitude.

In the spring, they will blossom into bright orange flowers and become part of a national celebration marking the 75th anniversary of the Liberation of the Netherlands, which helped bring an end to the Second World War.

You’re invited to attend a ceremony on Tuesday, October 8, at 1:00pm, as the Township plants 7,500 special Liberation75 tulip bulbs to honour the Langley residents who served during the war, and fought with the Canadian troops who were instrumental in liberating the Netherlands from Nazi occupation. The event will be held in the Derek Doubleday Arboretum at 21559 Fraser Highway.

The Township’s flowers will be part of an initiative to see 1.1 million Liberation75 tulips planted across the country to recognize the 1.1 million Canadians who served in the Second World War, and mark the milestone Liberation anniversary.

“We are honoured to remember the Canadian soldiers who had such a huge impact on the Dutch people, and to celebrate the anniversary of an accomplishment that was monumental for the Netherlands and Canada, and for the entire world,” said Township of Langley Mayor Jack Froese.

He noted that the Arboretum is the ideal place for the Liberation75 tulips, as they will complement the significant monuments and landscape features already there. The park is home to the treed Walk to Remember and commemorative structure for soldiers who fell in Afghanistan, an oak tree grown from an acorn from Vimy Ridge, and the Gapyeong Stone, which was presented earlier this year to recognize the Canadians who played a pivotal role during the Korean War.

A motion to participate in the nation-wide Liberation75 planting was put forward by Township Councillor Margaret Kunst and unanimously approved by Council.

Members of the public can contribute to the Township’s project by making a donation to help maintain the park and ensure the bulbs bloom. To donate, contact Parks Operations at parkops@tol.ca or 604.532.7529.

Another ceremony will be held in the spring when the tulips bloom, in time for the 75th anniversary of the Liberation of the Netherlands.

Towards the end of the Second World War, from September 1944 to April 1945, the First Canadian Army fought Nazi forces in the Netherlands, clearing the Germans from the northeast of the country and opening the port of Antwerp for Allied use. They allowed food and other relief to get to the millions of desperate and grateful people in Nazi-occupied Dutch territory, liberating one town after another, and helping to bring the war to an end. More than 7,600 Canadians died in the effort to free the country.

To show its gratitude, the Netherlands has annually gifted Canada with thousands of tulip bulbs, leading to the first Canadian Tulip Festival in the National Capital Region. The Festival, a symbol of friendship between nations and a celebration of spring renewal, has been held since 1953. The 2020 event will be especially poignant, as it marks the 75 anniversary of the Liberation of the Netherlands.

To celebrate, the Canadian Tulip Festival, the Embassy of the Kingdom of the Netherlands, and the National Capital Commission are encouraging Canadians across the nation to plant special Liberation75 tulip bulbs in honour of the anniversary.

Partial proceeds from the sale of the bulbs will go to the Royal Canadian Legion.