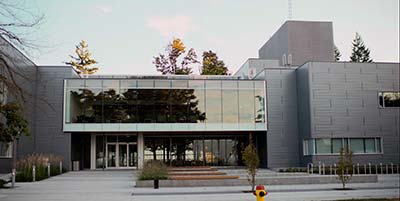 This is the focus of the 2019-20 Sexual Violence Prevention campaign.

The campaign is aimed at students, faculty and staff at public post-secondary institutions and the broader community. It reminds students that sex without consent is rape and that consent must be voluntary – otherwise it’s assault.

This includes the University of the Fraser Valley. Dave Pinton, Director of Communications told FVN: UFV fully supports the government’s efforts to bring awareness and education to the issue of sexualized violence. It is central to UFV`s mission and values that all students, faculty, and staff feel safe on campus in an environment that is respectful of the rights, responsibilities, well-being, and dignity of all. The university is participating in this program that aligns with the UFV Prevention, Education and Response to Sexual Violence Policy that was developed in partnership with the government in 2017. UFV students are encouraged to visit the UFV Safe Student Community page for more information and resources.

This provincewide campaign will engage students where they live, getting the word out through social media, various digital platforms including Snapchat and Instagram, as well as popular bars and pubs on and around campuses, and campus media outlets.

“Our government is responding to a call to action from students to ensure that our campuses in British Columbia are safer for everyone, regardless of gender expression, identity or sexual orientation,” said Melanie Mark, Minister of Advanced Education, Skills and Training. “Sexual assault and misconduct are serious and non-partisan issues. Our government is committed to building on the efforts of MLAs on all sides of the legislature because working together means safer campuses in British Columbia for everyone.”

In June 2019, the Province announced $760,000 to support plain-language policies and processes regarding sexual violence and misconduct to ensure they are clear and easy to understand. The funding is also being used to co-ordinate resources so post-secondary institutions can learn from each other, share best practices and access training resources.

Since May 2017, all of B.C.’s 25 public post-secondary institutions have been required to have sexual violence and misconduct policies. The Sexual Violence and Misconduct Policy Act also requires institutions to make their policies publicly available. Provincial regulations require private institutions with student residences to have policies.