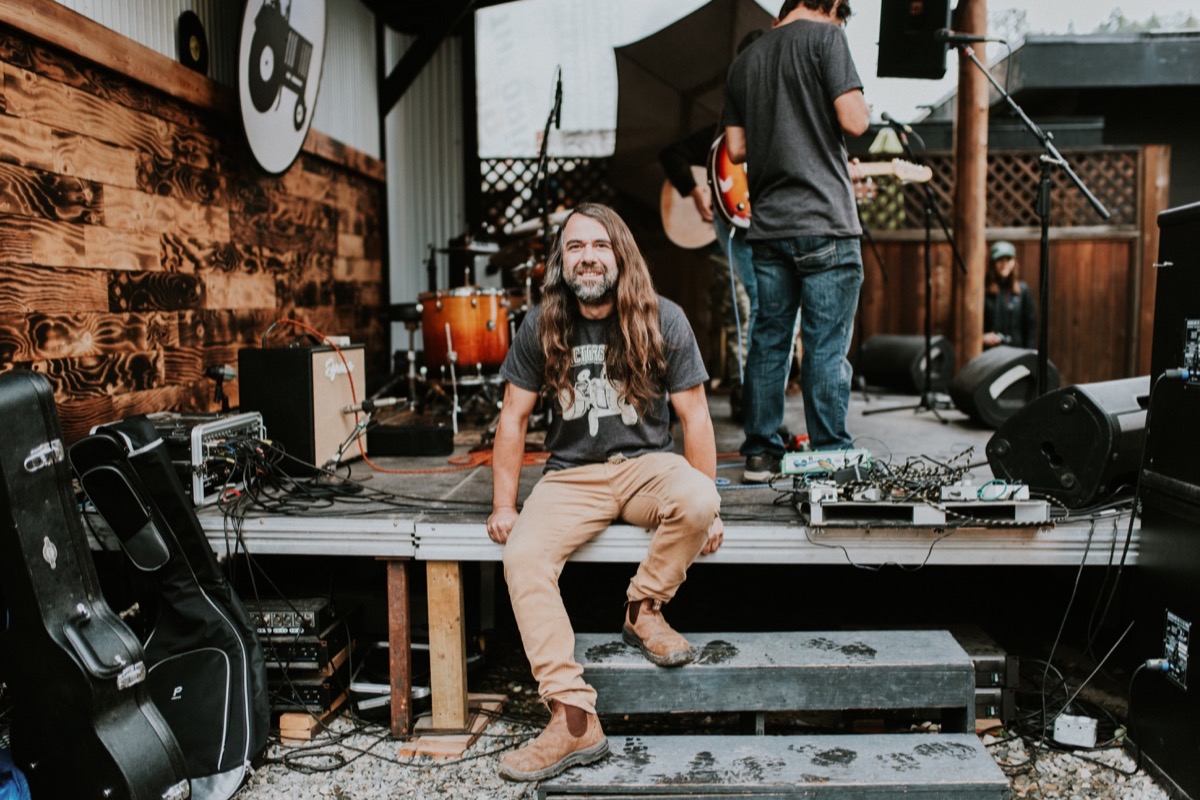 Chilliwack – JULY 4 UPDATE – You can now drink and dance at Tractorgreese. Owner Jeff Bonner has bee fighting with the Liquor board over their licence Effectively don’t drink and dance as well as a few other stumbling blocks that threatened Tractorgreese from staying open. A little public and media pressure can go along way. Bonner took to social media on Thursday declaring:

Seems like a funny thing to be excited about. You can dance and play music now at Tractorgrease! Our Open Mic is back this Friday!!!! Through 10mths of dealing with this licensing problem, not one person could explain why this rule is a good idea. Note the other awesome rule “No drinking on the stage area” (Picture below Courtesy Jeff Bonner).

Bonner has not elaborated on what happened for the powers to be to change their minds.

JUNE 21 ORIGINAL STORY – It has come down to a GoFundMe page to try and keep Tractorgreese studios and bar, alive and well and…running…and perhaps dancing.

Owner Jeff Bonner was in a dilemma.

They were told that their liquor licence will not allow dancing and drinking and open mike night and..and.. and..

Tractorgreese has been part of the Chilliwack club scene for a few years now and vital to keeping live music , alive.

Bonner’s liquor licence is in peril and the cost of running the show is big.

Bonner from the GoFundMe Page:

On March 15th 2015 the Fraser Valley District our local government approved Tractorgrease Cafe to have crowd participation. However, in Sept 2018 we were told by the liquor board it wouldn’t be approved because folks were staying too long and not eating. We were told that to continue having Open Mics, Jams or dancing, Tractorgrease would have to be a Liquor primary or bar.
One of the best things about Tractorgrease is kids get to perform and dance to the groovey tunes. I had to explain to my 6 yr old step daughter she couldn’t dance here anymore, that was an awkward conversation.

I’ve started a fundraising campaign in an effort to get Tractorgrease Cafe back on steady financial ground. Our most profitable busiest day was taken away from us for 10 months and this has left unpaid taxes, bills, a liquor fine and necessary improvements (new roof) in arrears.

Tractorgrease needs $41000 raised to get us back on track.

Why is the Open Mic so important?

Our Friday night had a regular crowd and we stayed open until midnight just to get everyone up on stage. It’s a free night of music for folks to check the place out and a welcoming environment for new performers and seasoned musicians alike.

It’s not just the Friday Night Open Mic, we also lost the Sunday Jam and it’s difficult enforcing no dancing at Tractorgrease.

More information can be found at their GoFundMe page here.