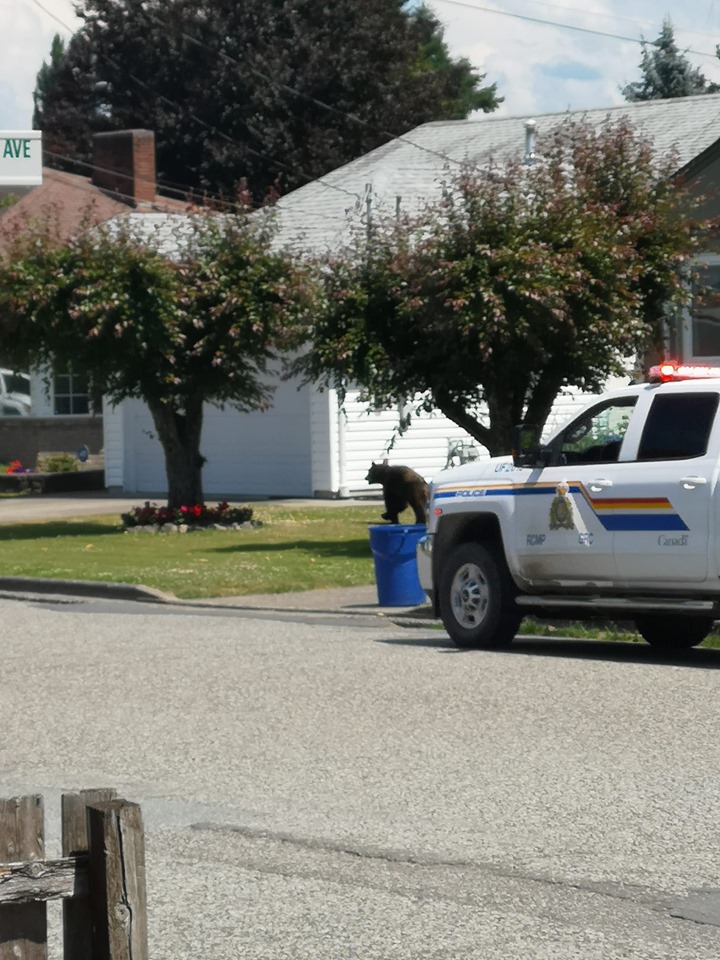 Chilliwack – Around Noon on Wednesday, an FVN reader told reporters that a bear cub was spotted on Spadina near Evergreen Hall, and was heading towards Ashwell and the Skwah Reserve.

If you have pictures or video, feel free to share but always remain Bear Aware. This is on the heels of a sighting on Tuesday in Abbotsford and Monday’s bear in Burnaby which took a swipe at some picnicers and had to be tracked and put down by COS.

Social media lit up to reports that the bear was heading towards a school on Henderson. Three shots fired. The first two were darts but the third was fatal as the bear would not drop.

Conservation officers were tracking this bear for a couple of weeks and hoping that it would head away from populated areas. That was not the case, as it continued to explore residential areas.