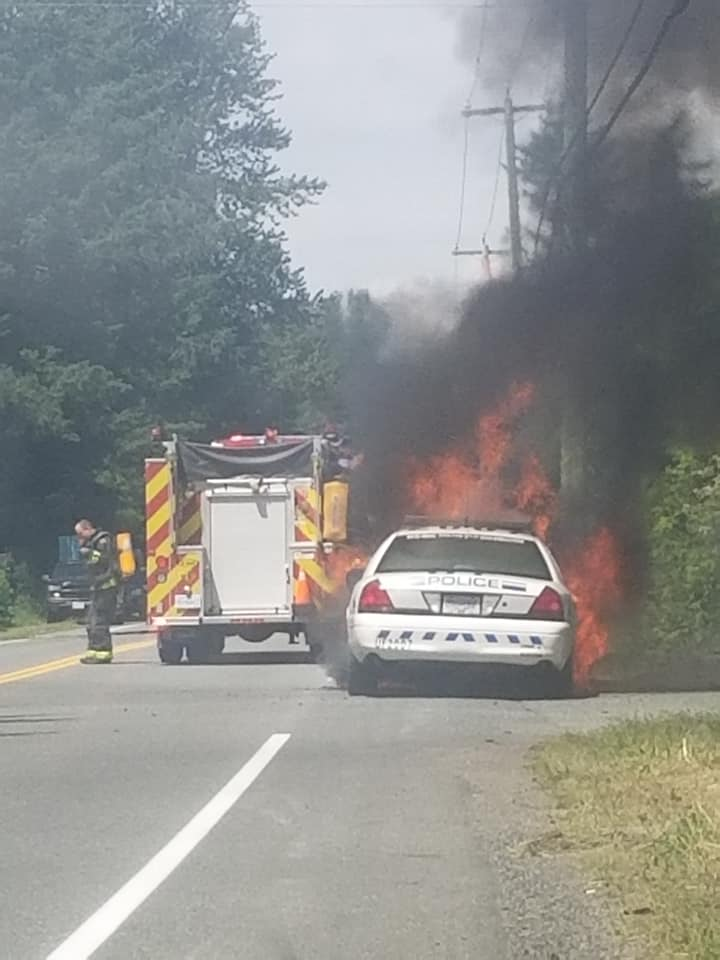 It was concerning in one regard and a touch humorous on the other. Around Noon on Saturday afternoon, a RCMP Cruiser caught fire. Not what you would expect from an ERT vehicle out on patrol. Fortunately no one was hurt from the fire on Chilliwack Lake Road.

From the Chilliwack River Valley Fire Department to FVN: RCMP car caught fire from normal operations. Chilliwack River valley fire department was called out. We had a fast response and knocked the fire down quickly. The RCMP cruiser will be a Wright off and the were no injury’s to police or fire fighters. It was a very fast and smooth operation.