Chilliwack (the band) Gets Fly At Night and My Girl (Gone, Gone, Gone) Certified Gold and Platinum In Canada 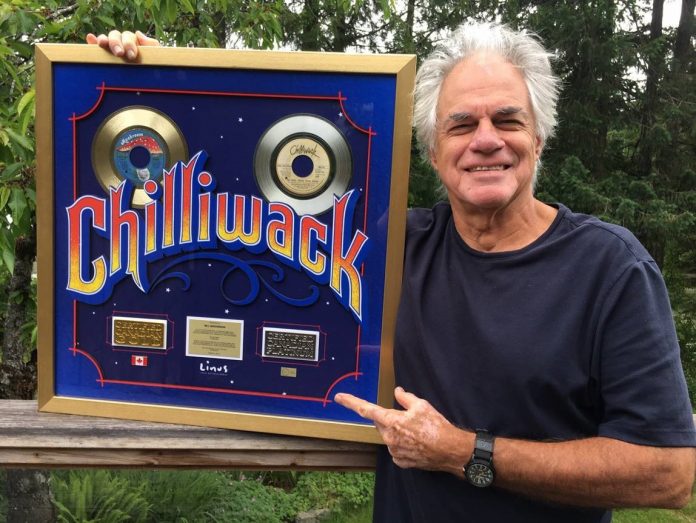 Chilliwack (with files from Eric Alper, Rob Frith) – Chilliwack, the band, has been a favorite of Chilliwack, the city as well as the Fraser Valley since the late 60’s. Back then they were known as The Collectors. Bill Henderson and company have had their ups and downs and a few snubs along the way. Some of that has been erased with some new hardware in the cabinet.

For the first time ever digitally, the five Chilliwack albums that predated their deal with Vancouver’s Mushrooms Records and Toronto’s Solid Gold Records are being made available now on all services through an agreement with Linus-owned distributor IDLA and Bill Henderson’s Some Sung Songs.

To celebrate the release of these albums, Linus certified Chilliwack’s two biggest hits based on digital downloads and streaming equivalents – Gold Single (40,000 digital units) for Fly At Night, and Platinum Single (over 80,000 digital and physical units) for My Girl (Gone, Gone, Gone) when combined with its previous Gold certification from 1982.

Linus also controls master rights to the rest of Chilliwack’s catalog from the Mushroom and Solid Gold years, including hits My Girl (Gone, Gone, Gone) and Fly At Night.

The five albums, which showcase Chilliwack’s original jamband sound, span the years 1970-1975 and include early versions of later radio-edited singles like Lonesome Mary and Crazy Talk.