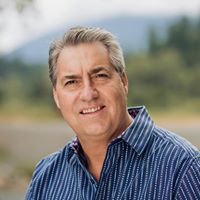 In a simple statement to Facebook : Proud to be appointed to Vice-President of the Chilliwack Metis Association.

President Paul Gauthier was transferred ( he is with the RCMP), so to replace him, Ed Dandenault (past VP) now assumes the Presidents role.

Alena McInroy told FVN that these appointments are in place until October Elections, although she doesn’t see a major change for the board on the horizon. McInroy retains her position as Treasurer.

Earlier this year, De Jaeger withdrew his name as a federal Liberal candidate for this fall’s election, citing that his views and morals do not jive with the party. This was in the aftermath of the SNC-Lavalin affair.

De Jaeger has been politically active, unsuccessfully vying for a seat in the 2015 Federal Election and City Council (2018). He has yet to take a crack at Provincial politics.

Up to now, he was the Director of Community Relations with the association.

Other Accolades include:  2016 Al McCacken award for Business Volunteer of the Year for BC (Community Futures), 2015 Chilliwack Chamber of Commerce Aboriginal Business of the Year, 2012 Outstanding Achievement for Aboriginal Business in BC, 3-time winner Dining Excellence Award ~ Chilliwack Chamber of Commerce, 6-time winner Vancouver Playhouse International Wine Festival (wine list awards).  Louis attained his certification in Indigenous Governance from the Native Nations Institute at the University of Arizona, holds certification in Indigenous Historical Impact from the Stó:lō Service Agency, and Expanding Skills in Economic Development, from the BC Economic Development Association. Louis has also served as the Vice-President of the Chilliwack Downtown Business Association, the Advisory board of Chilliwack Healthy Community, and as a Director of the Spirit of the People Powwow Committee.

BUSINESS OPINION – DO YOU HAVE THE RIGHT KIND OF LIFE INSURANCE? – Fivefold Financial