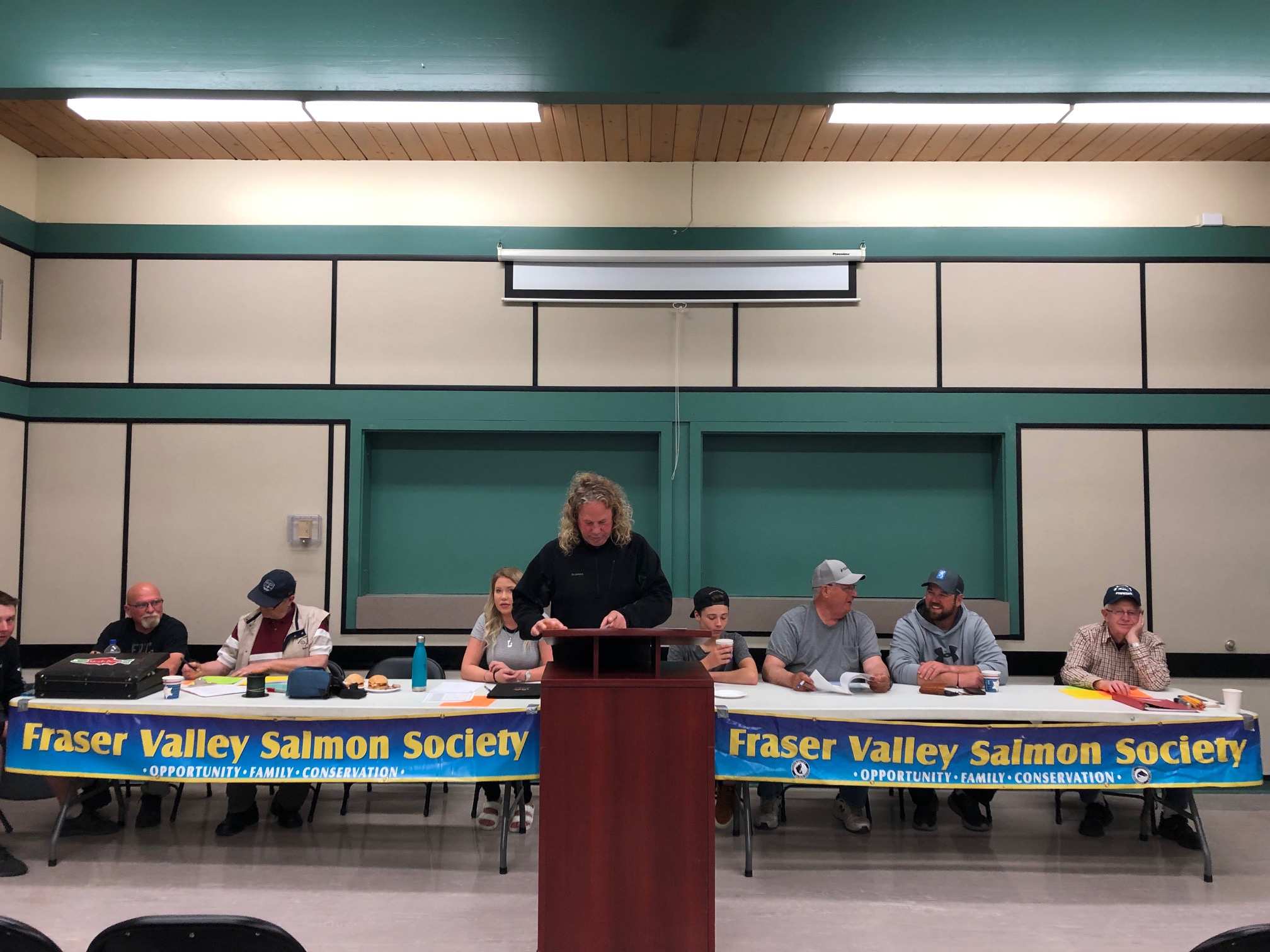 Chilliwack – The 2019 AGM of the Fraser Valley Salmon Society was in the cozy presence of some 25 sport anglers at Evergreen Hall on Thursday night.

President Dean Werk addressed the group with words of encouragement and caution. While their work on keeping streams and shores clean, the ongoing concern over fish stocks and in particular, the recent ban on Chinook Fishing until late August at the least, raise concerns.

VP Nick Basock reiterated the challenge of technology has “outdone the resources” and dwindling fish stocks were a combination of a perfect storm. Ineptitude of DFO , who make their Pacific decision while based in the East, technology making it easier to find the fish, unbalanced fishing season rules ie: Indigenous fishing vs commercial vs sports fishing.

It was emphasized by all that there is no finger pointing on these issues, rather it’s a perfect storm (pardon the pun).

Add to this concern are drought conditions in the Interior which will complicate sticks coming down the Fraser and Thompson River systems.

It should be noted that all this work on conservation, it done on a show string budget of just under $10K. Memberships start at $10 a year.

The new board returning is full of past board members: