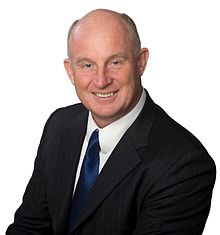 Coquitlam/Victoria/Fraser Valley – BC SAR Search and Rescue with AdventureSmart BC, took to social media early Saturday morning, and announced that a three year plan worth $18.6M is coming from Victoria.

This is listed as one-time funding, but that is subjective. “In discussions with BCSARA, I’ve heard the ground search and rescue community’s strong concerns about the need for both an immediate infusion of funding and a clearer path toward long-term sustainable funding,” said Mike Farnworth, Minister of Public Safety and Solicitor General. “That’s why we’re providing a record-level of funding as an immediate top-up of what B.C.’s GSAR groups are already receiving, as well as establishing a joint committee to move more quickly toward developing a sustainable funding model.”

Doug Fraser of Chilliwack SAR told FVN: Today’s announcement of 18.6 million spread over the next 3 years is welcome news. It’s the largest one-time funding announcement by the province for SAR. That said it is also disappointing that goverment has not yet committed to on-going funding. Government has studied our Alternate Support Model that was proposed in 2015. I’m not sure why they feel the need for 3 more years of discussions.

Minister of Public Safety and Solicitor General Mike Farnworth said that the funding was always there, it was a matter of doing the math that would make the money available. Farnworth said the delay was that the initial three year plan was coming to an end, and a review was needed for money to pay the bills for the next three years.

“On behalf of the 80 ground search and rescue groups and 2,500 members across the province, our thanks to the provincial government for the single largest influx of funding for search and rescue to date,” said Chris Kelly, president, BCSARA. “The funds will provide critical core supports over the next three years, while final details are completed in the short term on a sustainable model.”

This new funding is in addition to funding that the Province already provides each year – $9 million in 2017-18 – to cover GSAR (Ground Search and Rescue) operational costs for deployment, as well as training and equipment costs, and the insurance and liability for the 80 groups serving B.C.

Those funds were not mentioned in the recent 2019 Provincial Budget. On average, $5M to $6M is needed annually to keep crews trained and supplied. Fundraising efforts top up those numbers.

The media release from BC SARA:

The entire Ground Search and Rescue community in British Columbia is delighted with the Province’s announcement of $18.6 million to fund the 80 recognized GSAR groups across BC. This will provide 3 years of stable funding to the 80 groups and begin to implement the BCSARA Alternative Support Model. This investment in search and rescue provides much needed predictable funding championed since 2013, and kick starts the proven and effective Alternative Support Model. This announcement compliments funding supports already in place from local government and other sources.

BCSARA and the 80 GSAR groups sincerely appreciate the support received from everyone over the last weeks. We especially want to thank the many elected officials across all levels of government in BC who voiced support for funding search and rescue, the many government officials who have worked tirelessly behind the scenes to see this announcement happen, and to the general public for sharing our concerns on social media and reaching out to their elected officials voicing support. Thank you!

BCSARA will begin work immediately to implement a plan that will effectively allocate and distribute the funds quickly to the 80 GSAR groups, to the AdventureSmart SAR prevention and BCSARA Critical Incident Stress Management Programs. Work will also begin in setting the ground work for implementing the Alternative Support Model, including hiring support employees for BCSARA and the GSAR community. As the plan is built, messaging to the groups will come through your regional directors.

This is a momentous day for the ground search and rescue community in BC. On behalf of the 80 groups and their 2500 volunteers who respond to 1700 tasks annually, thank you!