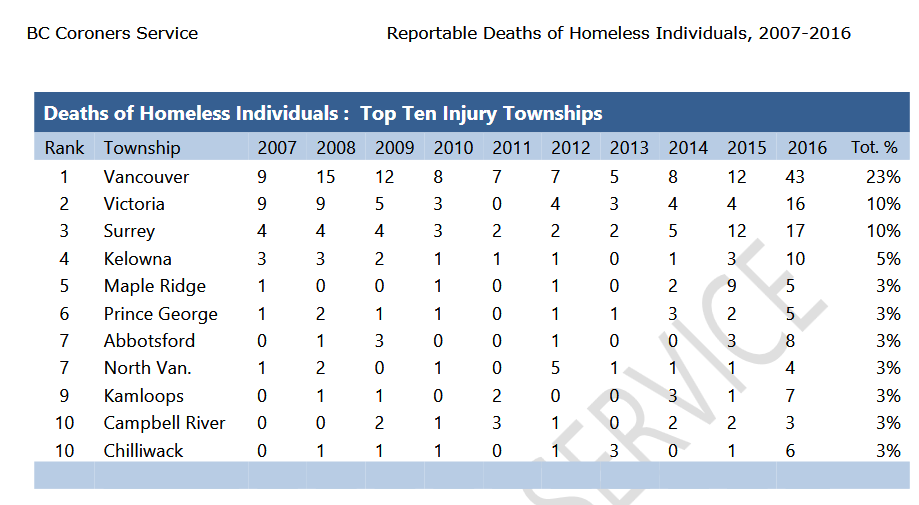 Vancouver/Fraser Valley – The BC Coroners Service has released updated data on deaths that occurred among homeless individuals in British Columbia to the end of December 2016.

This report summarizes all deaths between 2007 and 2016 where the deceased met the BC Coroners Service definition of homeless. Reportable deaths include all non-natural deaths, and all sudden and unexpected deaths where an individual was not under the care of a physician.

Fraser Health (Fraser Valley ) ranked ahead of Vancouver Coastal Health. Accidental Death was the leading fatal cause followed by Natural Causes and then Suicide.

There are many definitions of homelessness. The information contained in this report includes deaths among homeless persons living outdoors, sheltered homeless and individuals residing in short-term shelters, safe-house or transition-house accommodation for an unknown length of time.