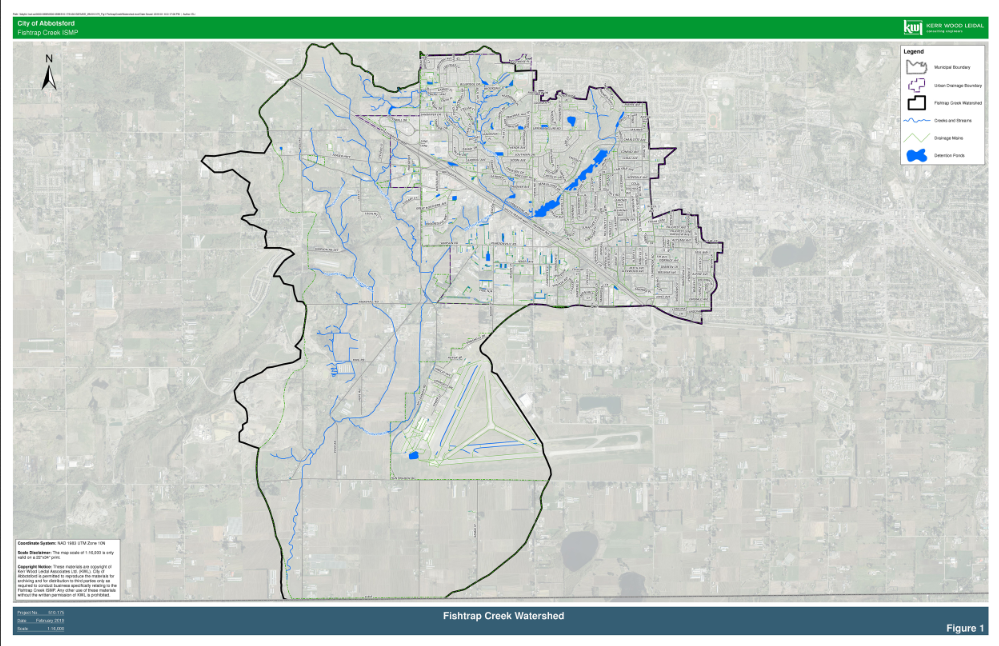 Abbotsford – The Fishtrap Creek watershed is located in the southwest portion of the City, west beyond Ross Road, north to Blueridge Drive and east to Trethewey Street. Fishtrap Creek detention area was originally built as a large stormwater management facility to minimize the downstream flooding caused by urbanization as a significant portion of the watershed is within the City’s Urban Development Boundary.

You can view the watershed map here.

The city wants your input on the issues that matter to the community in regards to the watershed.

You can fill out the on line survey here.

The Fishtrap Creek watershed has been affected by urbanization, development and agricultural activities. Previously identified issues include:

Background research will be conducted to identify additional issues and we are seeking your input to make sure we have the complete picture. This is the first in a series of surveys to be undertaken during the study.