UFV Rowing Women’s Quad Victorious at Head of the Fort 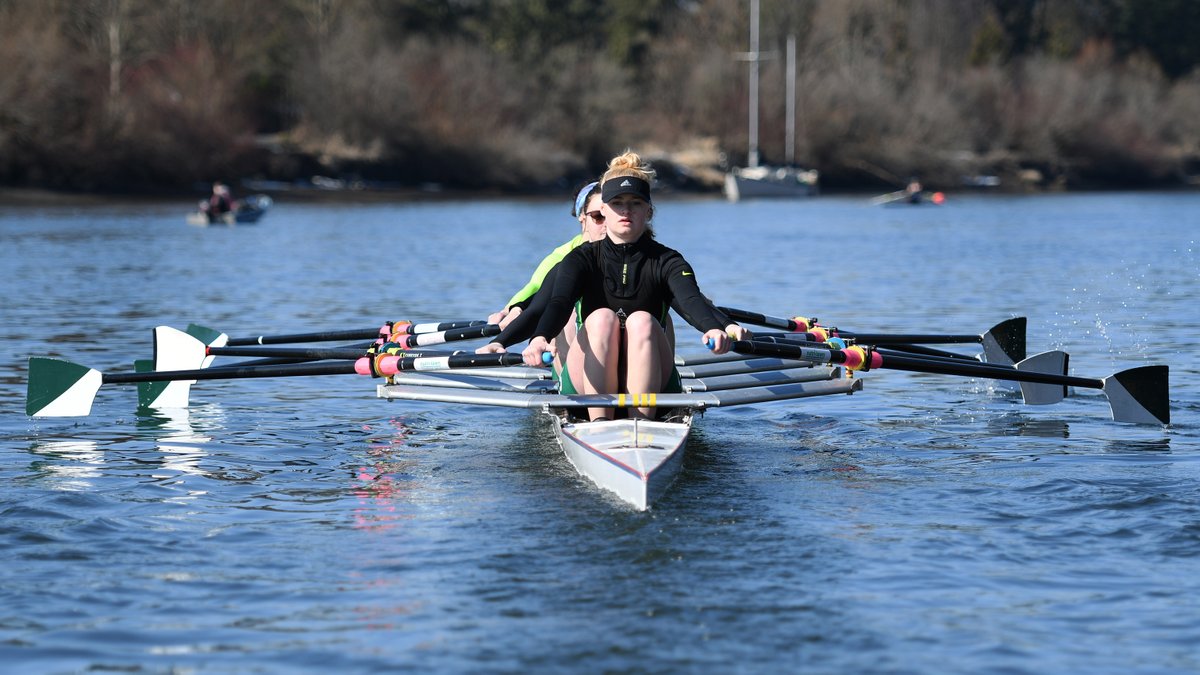 Langley/Abbotsford – A victory by the women’s quad highlighted the University of the Fraser Valley rowing club’s performances at the Head of the Fort, held Saturday on the Bedford Channel at Fort Langley.

The host Cascades got a strong, composed showing from the quartet of Serene Blanchard, Shivohn Peters, Julia Siemens and Michelle Olive – they traversed the 6.5-kilometre course in a time of 28:03.1 to win the senior women’s quad, more than a minute ahead of SFU (29:26.2).

The Cascades’ lightweight women’s double, featuring Genelle Grubb and Tasha Short, finished second to SFU in a time of 30:05.1, while Andrew Stahl was 10th in a field of 15 in the men’s single.

Cascades coach Liz Chisholm lauded not only the performance of the athletes, but also their hard work alongside fellow coach Drew Edwards in helping to stage the event.

“The athletes have had very little time on the water (due to inclement weather), and they did the bulk of the work,” she noted. “They put that whole event together. It was a beautiful day, and I was really proud of what they had done. They came together really well.”