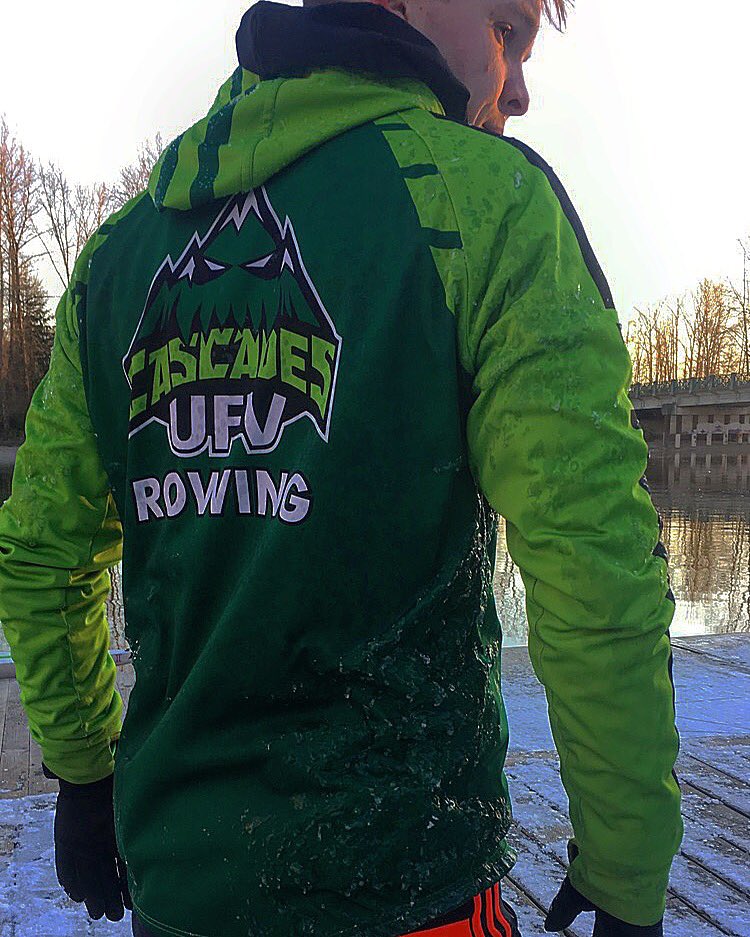 Fort Langley – The University of the Fraser Valley rowing club stages its 11th annual home regatta, Head of the Fort, on Saturday.

The event will be held on the Bedford Channel at Fort Langley, and brings together university, high school and Masters crews competing on a 6.5-kilometre course. The Cascades will be joined in the field by the Simon Fraser University men’s and women’s teams, and local rowing clubs from the Lower Mainland.

Coach Liz Chisholm noted that the event is a huge highlight for the Cascades – both to participate in, and to host.

“The athletes have worked so hard every year to make this a well-organized race, one where people can count on the timing and the course we lay out,” she explained. “It makes a difference in terms of people wanting to come back, when it’s done well like that.”

February’s frigid weather threw a bit of a kink into the Cascades’ preparations; ice on the channel kept the club off the water for most of the month. But the ice has since thawed, and UFV’s rowers – despite limited time on the water – are in very good shape after training hard indoors in the interim.

“This year was a little scary with the weather – a lot of clubs have been iced in, and we wondered if it would thaw on time and whether people would feel race-ready,” Chisholm noted. “But apparently they do.

“It looks like the weather will be great, and it’s a lovely spot to race.”

The Cascades’ lightweight women’s double with Genelle Grubb and Emily Klootwyk will take on SFU as part of the first launch, which will also feature an alumni men’s 8+. The second launch will see a UFV novice/recruit 8+ take to the water, and the third launch sends the Cascades women’s four (Serene Blanchard, Michelle Olive, Shivohn Peters and Julia Siemens) into action against SFU.