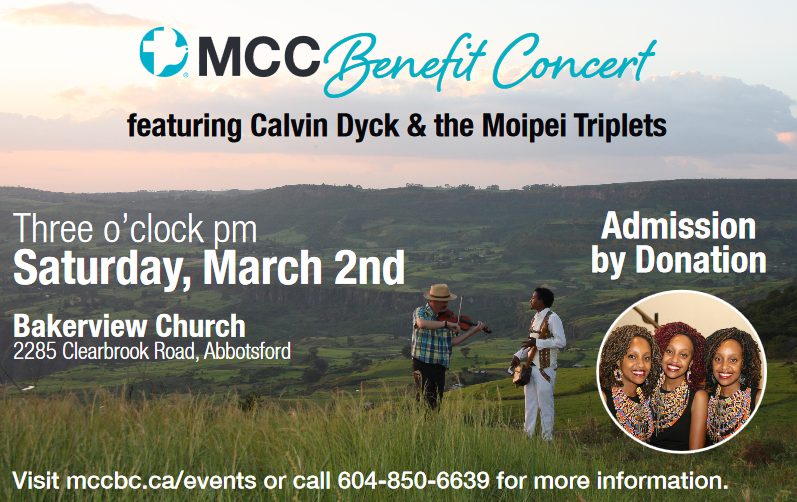 Abbotsford – You’re invited for a show on Saturday, March 2nd at 3PM for MCC BC’s 2019 Benefit Concert featuring Calvin Dyck and the Moipei Triplets. Admission by donation and hosted at Bakerview Church (2285 Clearbrook Road) in Abbotsford.

Performing along with the Moipei Triplets, Abbotsford concert violinist Dr. Calvin Dyck. He is the Director of the Abbotsford Youth Orchestra, has a teaching studio with 25 students, and is a producer for local shows and concerts.In addition, Calvin is in his 20th season as Concertmaster for the Vancouver Island Symphony (Nanaimo), and is in demand as an adjudicator for music festivals in British Columbia. Calvin has his Doctor of Musical Arts from the University of Southern Californiain Violin performance, with minors in conducting, music education and music history.