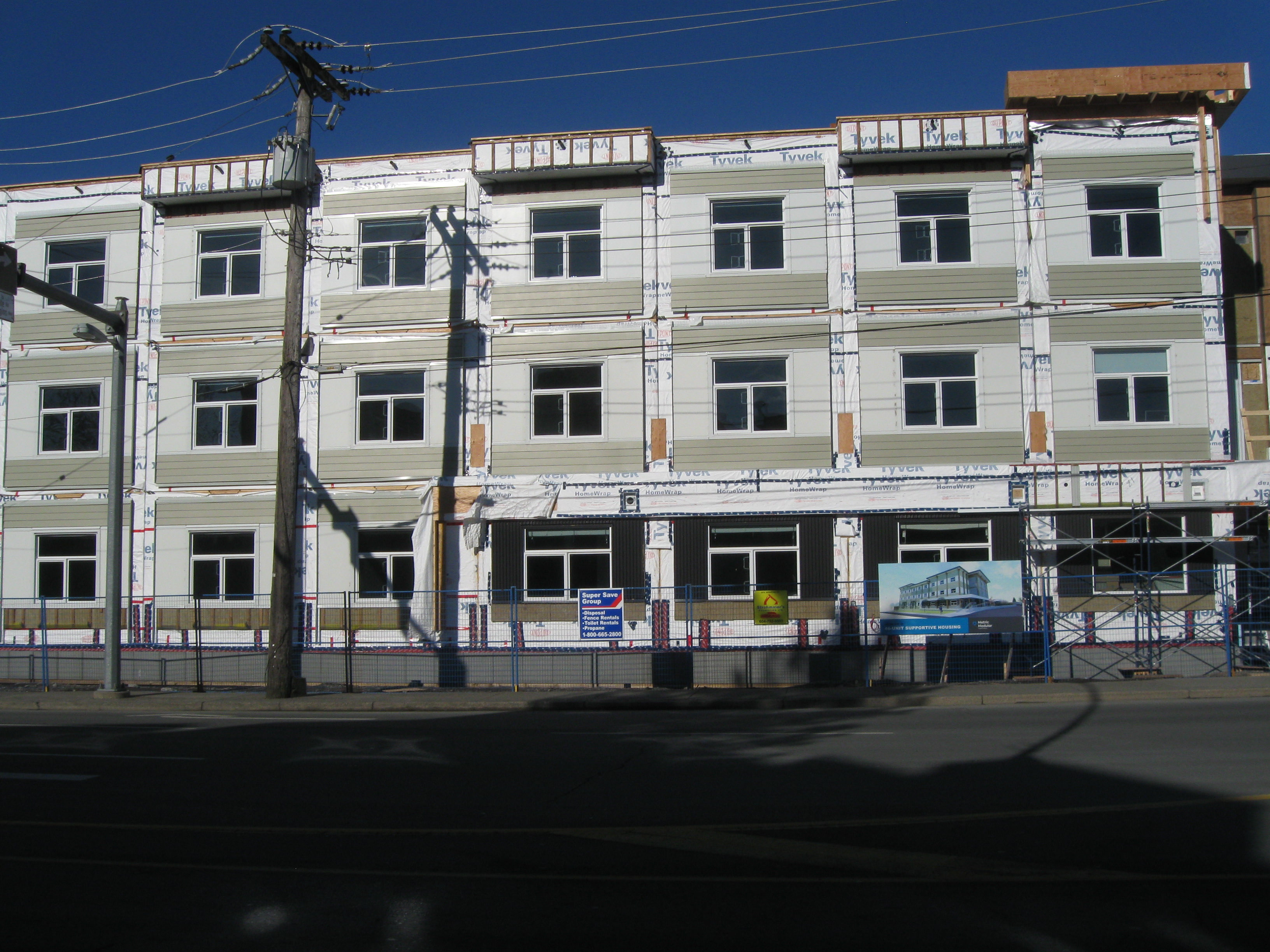 Chilliwack – In May 2018, BC Housing and Rain City held an open house on their proposal for a homeless housing project on Yale Road, where the old Traders Inn once stood.

The demolition of the Traders started a month later. That FVN story can be found here.

Now in March 2019, FVN has learned through homeless and social housing activists that the 46 unit project will have its first tenants move in sometime in mid-April. The modular housing facility by BC Housing will be operated by Rain City Housing. A Fraser Health ICM Team will also work out of the facility. The City contributed $700,000 to the project.

This is all part of the major push to ease the low income (and NO income) housing crunch in Chilliwack. The Salvation Army put their modular housing program on line in 2018. Ruth and Naomi’s (RAN) two buildings are still under construction as is the First Nations Project on Yale near Airport Road (the 80 unit Urban Village. Mamele’awt Qweesome and To’o Housing Society will operate that housing development).

All of these units should be ready for occupancy this year.