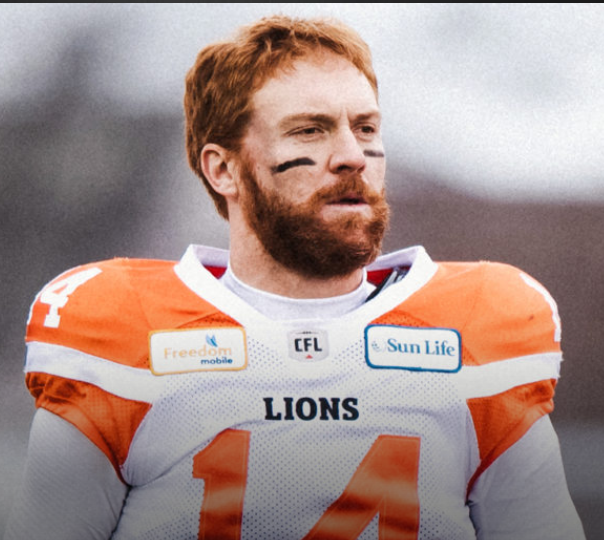 Vancouver (BC Lions/CFL)— Travis Lulay‘s decorated football career has come to an end after the BC Lions’ quarterback announced his retirement on Thursday.

Lulay spent his entire 10-year career with the Lions, starting 81 games and throwing for 21,352 passing yards, good for 33rd on the all-time list and third in franchise history. The 35-year-old compiled a 48-33 record in his career, throwing 127 touchdown passes and completing 63.5 per cent of his attempts. A dual-threat pivot, Lulay added another 2,148 yards and 23 touchdowns on the ground.

Lulay publicly stated that he thought of going to Montreal (as the Als released Johnny Manziel) but his health and dedication to family made the decision to pass, that much easier.

A Montana State grad who went from a Portland free agent camp in 2009 to become the CFL’s Most Outstanding Player and a Grey Cup MVP in 2011, Lulay departs the CFL after 146 regular season games in total. He was also a two-time West Division All-Star, in addition to his CFL all-star nod after an historic 2011 campaign.

Overcoming tremendous adversity numerous times during his tenure, Lulay threw for 300-plus yards 19 times during his career and led the Lions to 13 game-winning fourth-quarter drives. Easily one of the Lions’ most popular players in their 65-year history, he enjoyed a winning or .500 record against every other team in the CFL.

Often performing his best in an always-tough West Division, Lulay went 9-4 against Saskatchewan, 9-5 vs. Edmonton, 6-4 vs. Winnipeg and 7-6 against Calgary.

For Lulay, 146 career games didn’t come easy. After emerging as one of the CFL’s best quarterbacks, a shoulder injury hampered him late in the 2013 season, eventually leading to surgery. The resulting rehab sidelined him for all but two games in 2014.

In 2015 Lulay faced a new challenge in his career, tearing his MCL in a game against the Montreal Alouettes. With the emergence of a budding star in Jonathon Jennings, Lulay recovered and became a backup in 2016, extending his stay with a two-year contract through 2017.

Jennings had his ups and downs in his young career as a starter, and in 2017, in an early-summer game against the Hamilton Tiger-Cats, Lulay entered the game in the first quarter for an injured Jennings to set a new CFL record with 436 yards off the bench. The Lions blew out the Ticats 41-26 and while Jennings would return weeks later, Lulay would eventually re-take the starting quarterback job in BC. It was short-lived, as a torn ACL would end Lulay’s 2017 season.

After signing a one-year contract extension before free agency, Lulay rehabbed his injured knee and took over for Jennings again in Week 5 of the 2018 season. Despite being sidelined with two separate injuries thereafter, the veteran pivot helped the Lions get back to the post-season, finishing 9-9 en route to an eventual loss to the Ticats as the crossover team in the Eastern Semi-Final.

Lulay finished his final season with 2,494 yards, 13 touchdowns and 11 interceptions, and while his 60 per cent completion rating was the second-lowest of his career, he still managed wins in half of his 12 starts.