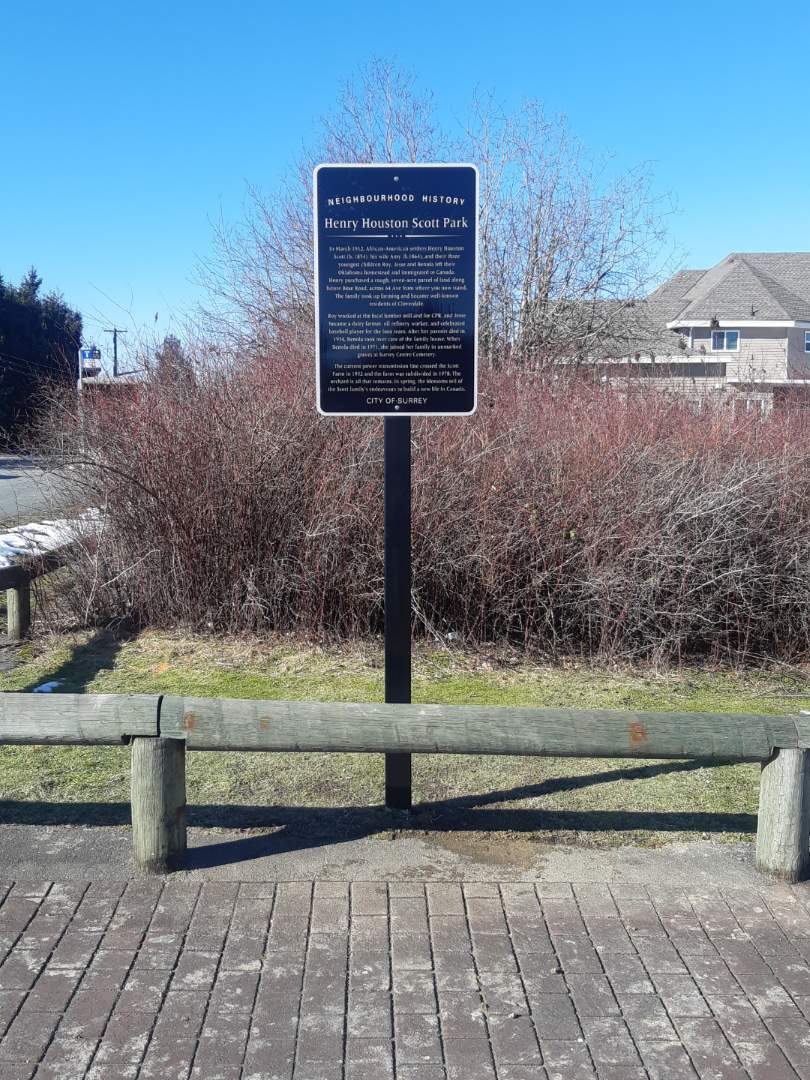 Surrey – The City of Surrey announced today a park will be named in honour of one of the first African American families to settle in the area in 1912.  The park site, located in Cloverdale at 64 Avenue and 181A Street, was formerly referred to as 77C Utility Row, and now officially holds the name of Henry Houston Scott Park.

The park sits on part of the original Scott family property and is home to fruit trees originally planted by the family.

Along with officially naming the parkland, a heritage sign has been installed to share the Scott family’s story and will allow park users to learn more about the history of their contributions to the community.

Henry Houston Scott was an African American born in 1854 in Texas.  He married Amy Florence Alridge in 1880 and the couple had ten children and resided in various U.S. states before arriving in Canada.  In 1912, the Scotts and three of their children, Roy, Jesse and Benola moved to the Fraser Valley, settling in Cloverdale along the border of 64 Avenue and approximately 181A Street.  The Scotts grew hay and farmed dairy cattle which contributed to tremendous growth and development in Cloverdale between 1912 and 1971. When Benola Scott, the family’s youngest child passed away in 1971, she was laid to rest with her family in the Surrey Centre Cemetery, where a family gravestone was installed in 2018.